UK Member of Parliament’s Defense of Transgenderism: Children Are ‘Formed Without Sex in the Beginning’ 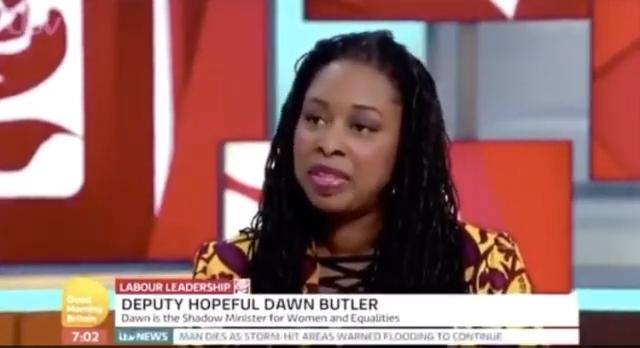 The Christ-rejecting person is destitute of faith and delusional. In spite of the truth of which they know and understand they defy what God has declared in overt rebellion and celebrate it.

‘and changed the glory of the incorruptible God into an image made like corruptible man—and birds and four-footed animals and creeping things. Therefore God also gave them up to uncleanness, in the lusts of their hearts, to dishonor their bodies among themselves, ‘

‘who exchanged the truth of God for the lie, and worshiped and served the creature rather than the Creator, who is blessed forever. Amen.’

And the result is…

‘And even as they did not like to retain God in their knowledge, God gave them over to a debased mind, to do those things which are not fitting; being filled with all unrighteousness, sexual immorality, wickedness, covetousness, maliciousness; full of envy, murder, strife, deceit, evil-mindedness; they are whisperers, backbiters, haters of God, violent, proud, boasters, inventors of evil things, disobedient to parents, undiscerning, untrustworthy, unloving, unforgiving, unmerciful; who, knowing the righteous judgment of God, that those who practice such things are deserving of death, not only do the same but also approve of those who practice them.’

(The Christian Institute) — The Shadow Women and Equalities Secretary has claimed that babies are born without a biological sex. Dawn Butler, MP for Brent Central, was speaking on Good Morning Britain while defending the Labor Party’s position on radical gender ideology. Science clearly shows babies have the genetic coding for their sex from the moment of conception. … When Madeley asked, “When a child is born, they are identified and observed in a particular sex aren’t they?” Butler interjected, “A child is born without sex. A child is formed without sex in the beginning.” Become a Christian News Network Supporter… Dear Reader, has ChristianNews.net been of benefit and a blessing to you? For many years now, the Lord has seen fit to use this small news outlet as a strong influential resource in keeping Christians informed on current […]