Twins Born at 23 Weeks Were Given Just 1% Chance to Survive, But They Defied the Odds 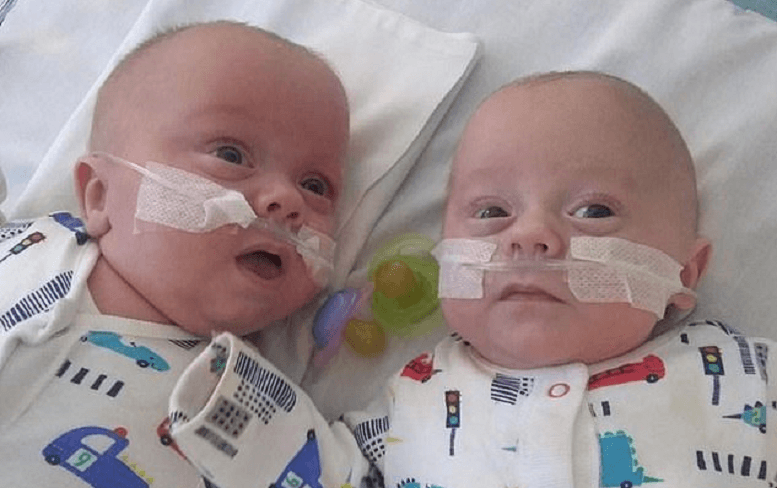 Twins Joe and Ashley Keates entered the world on April 16 weighing less than 1 pound each and fitting in their mother’s hand.

Doctors gave them just a 1 percent chance of survival, but today they are thriving at home with their family, the Daily Mail reports.

“Ashley and Joe are my bouncing little miracles. I feel extremely lucky and very grateful. I guess they are one in a million,” their mother, Talia Keates, told The Sun.

The baby boys are believed to be the smallest premature twins ever to survive in England after they were born at just 23 weeks of pregnancy, according to the reports.

Keates, a nurse, said the boys were so small that they could fit in her hand. She said doctors at Southmead Hospital in Bristol did not have high hopes for them at first.

“Studies have also shown premature boys are less likely to do as well as girls. It just goes to show what incredible fighters they are,” she said. “With all these terrible predictions we just had to focus on each day in the hospital and each milestone.”

The boys surprised everyone with their fighting spirit, and, after 129 days in intensive care, they grew well enough to go home with their parents and older siblings, the report states. Ashley now can wear newborn clothes and his brother is wearing clothes for 0-3-month-old babies, their mother said.

Modern medical advances are enabling younger and smaller premature babies to survive and thrive. The smallest recorded surviving baby weighed less than 9 ounces at birth. Born in California in December 2018, baby Saybie was deemed well enough to go home in May.

The earliest known premature baby to survive outside the womb was born at 21 weeks and four days of pregnancy. In 2017, the journal Pediatrics highlighted the girl’s survival story.

Recent studies out of Duke University and the New England Journal of Medicine have found that a growing percent of premature infants are surviving as early as 22 weeks of pregnancy.

The research recently prompted the British Association of Medicine to issue new guidelines encouraging medical treatment for babies born at just 22 weeks of pregnancy. Previously, the guidelines did not recommend treatment until 24 weeks. ← Prev: Court Temporarily Stops New York From Shutting Down Adoption Agency Over Its Christian Values Next: Teen Who Lost His Legs in Botched Abortion Became a Champion Wrestler →