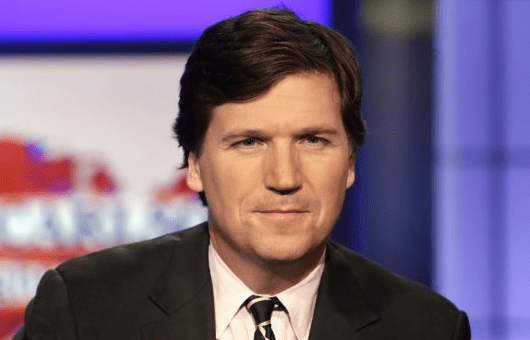 Carlson spoke Friday night with Live Action founder and president Lila Rose regarding June Medical Services v. Russo, a Supreme Court case in which an abortion provider is challenging a 2014 Louisiana state law that requires abortion providers to have admitting privileges in a hospital within 30 miles of the abortion facility.

“It’s not a ban on abortion, it’s a safety requirement,” Carlson said Friday. “In the 1990s, Democrats said they wanted abortion to be ‘safe, legal and rare.’ So you would think they’d welcome a law like that, to make it safer.”

Carlson said the Democratic Party cares more about being pro-abortion than being pro-choice.

“But no, the current Democratic Party is not pro-choice in any sense, they’re pro-abortion,” he added. “They’re zealots about it.”

The Fox News host noted that earlier in March, Democrats in the Senate filibustered a bill “that would have set a standard of care for children born after botched abortions.”

“They can’t have that,” he said. “For the modern Democratic Party, every birth is a kind of tragedy. It distracts mothers from their higher calling, which is serving investment banks. Abortion, in contrast, is an unmitigated good in their view.”

“You’re so freaking obsessed with what I decide to do with my body, maybe you shouldn’t even want to have sex with me,” Tlaib yelled across the rally, while Philipps shouted, “I will never stop talking about my abortion or my periods. Or my experiences in childbirth. My episiotomies, my yeast infections, or my ovulation that lines up with the moon.”

“If abortion makes you happy, why is she acting like that?” Carlson asked. “Are the so-called pro-choice people becoming a lot more extreme than they were,” he asked Rose.

“It’s just coming to the surface, all of the rage and anger that you seeing, underneath that is a whole lot of hurt,” Rose told Carlson.

The Live Action founder and president explained that there have been 60 million abortions since 1973 and that 2,363 abortions are performed every day.

“They have to keep justifying it,” Rose said. Philipps’s and Schumer’s comments show “a lot of this pain, ultimately, the woundedness,” she added. “This is a problem that continues and it leaves a lot of pain in its wake.”

“People happy with the things they did don’t talk like that, do they?” Carlson asked Rose.

“The actress is really, really sad,” Rose said, referencing Phillips’s comments about her abortion at age 15: “Soon, I would be driving my hybrid car to my beautiful f—–g home, to kiss my two beautiful and healthy children and my husband who had taken the year off to parent so I could focus on my career. And I have all of this, all of it, because I was allowed bodily autonomy at 15.”

“It’s the antithesis of women’s empowerment to say in order to have a nice car and nice house, I have to kill my child,” Rose said. “How did we get here as a country? These are innocent children and we deserve far better.”

← Prev: This Woman Escaped a Hopeless Existence as an Abused Muslim Wife to Lead 1,500 Muslims to Christ Next: Bernie Sanders Will Make States Get Federal Govt Permission to Protect Babies From Abortion →