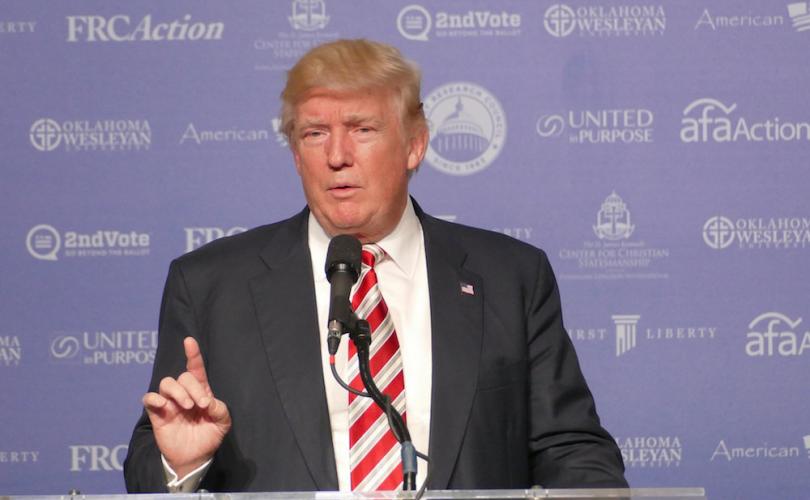 The Trump administration is proposing a rule that would permit government contractors to make employment decisions that are consistent with their sincerely held religious tenets and beliefs, without fear of sanction by the federal government.

If adopted, the rule would reverse an Obama-era executive order that restricted religious federal contractors’ ability to consider employees’ adherence to their faith on matters of sexuality and gender. In 2014, former President Barack Obama issued Executive Order 13672, which added “sexual orientation” and “gender identity” to the criteria against which employers contracting with the federal government could not “discriminate.” On Thursday, the Federal Register published a new rule from the Trump Department of Labor (DOL) clarifying that contractors retain the freedom to make hiring […]

← Prev: Abortion Activists Trash President Trump for Defunding Planned Parenthood of $60 Million: He Hates Women Next: Majority of American Hispanics are Pro-Life, Want All or Most Abortions Made Illegal →