Trump Confirms Pro-Life Mike Pence Will be His 2020 Running Mate: “He’s Been a Terrific Vice President” 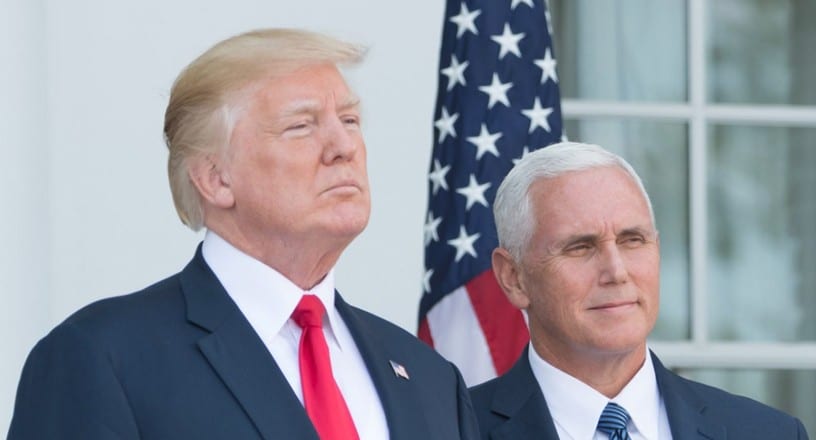 President Donald Trump said in an interview airing Sunday that he is “100%” certain Vice President Mike Pence will be his running mate in 2020, and he will accept the results of the election if he loses.

Trump shot down the idea in the interview with Todd.

“I only joke,” Trump told Todd, adding moments later that “there won’t be a third term.”

“You will accept the results?” Todd asked.

“One hundred percent. Sure,” the president replied.

Trump said at an event on April 18 that he may remain in office for another “10 or 14 years.” Trump wondered on Twitter on June 16 whether voters would “demand” that he stay in office beyond 2024.