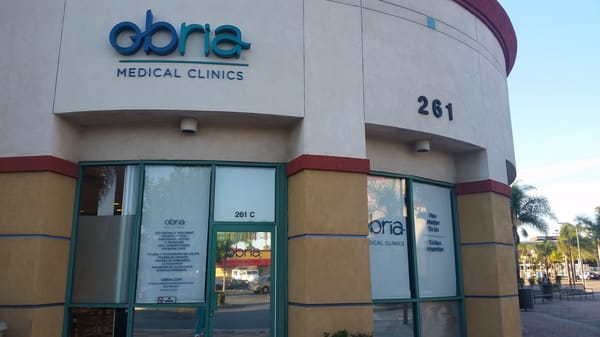 The founder of an organization of community care clinics that cater to women praises the Trump administration for deciding to give her group $5.1 million over three years for use in California, a grant that once might have gone to Planned Parenthood.

“With this grant, the administration has opened up a new avenue of health care choices for low-income and underserved women and their families in California,” Kathleen Eaton Bravo, CEO and founder of The Obria Group Inc. and Obria Medical Clinics, said in a prepared statement provided to The Daily Signal.

Obria, which operates 21 health clinics and 11 mobile clinics in five states, does not perform abortions.

Obria Group will oversee the work of seven clinic partners, including three of its own California affiliates, according to a release from CRC Public Relations.

“Our goal is to basically say we’re going to build a model of comprehensive, holistic medical clinics so that a woman [facing an unplanned pregnancy] never has to darken the door of a Planned Parenthood again,” Bravo told The Daily Signal in an interview Tuesday.

“We are her health care provider,” she said. “It is a brand that has been desperately needed for 45 years, to unite the [pro-life] movement under this medical model.”

With the HHS grant, Bravo said, she hopes to expand Obria’s reach through “branding, getting our name out there so we can bring more clinics,” and expanding medical services.

And, she said, “really just uniting the pro-life movement, coming together and start working together instead of being fractured.”

Bravo, 66, has three sons of her own. She said Obria was born out of her own experience as a post-abortive mother who wishes she had a life-affirming option to consider when she had the abortion in 1980.

She said she gave up the engineering consulting firm she owned following her return to church one day after staying away for a time. She heard a talk from a woman after Mass who spoke about reaching out to women in crisis pregnancies.

Bravo decided to become a counselor at a pregnancy resource center, and that ultimately led her to start up Obria:

I launched Birth Choice Clinics, and then of course knew that we had to rebrand into a name that millennials would embrace—one word, one name, and a name that we could trademark so that we can define what it is and nobody else could take it. So, I hired a branding company [and] we became Obria and hit the ground running.

Bravo founded Obria Medical Clinics in 2012. Five years later, she started Obria Group, whose mission is to “partner with the best pregnancy medical clinics across the country who share a vision to offer patients a full scope of medical services,” according to the website.

Obria also has a telemedicine app, which the organization says is a first because it “connects potential patients to an Obria medical professional via live text chat, video chat, email, or phone.”

The app is designed to compete with a Planned Parenthood app that dispenses the abortion pill RU-486 to women anywhere in the country.

“We … are getting most of our abortion-pill-reversal patients through our telemedicine app,” Bravo told The Daily Signal. “It’s national, and we’re dropping it into every clinic as they’re joining us.”

“Everybody said, ‘Kathy, you’re gonna build this, [and] nobody’s come to your party,’” recounted Bravo, who lives with her husband, Frank, in Seattle.

“I felt like God asked me to do it. We did it. It was a lot of work. And we launched, and they’re coming.” ← Prev: “Breathtakingly Powerful” Movie “Unplanned” Opens in 1,000 Theaters Nationwide Next: Louisiana Amendment Would Ensure There’s No “Right to Abortion” in the State Constitution →