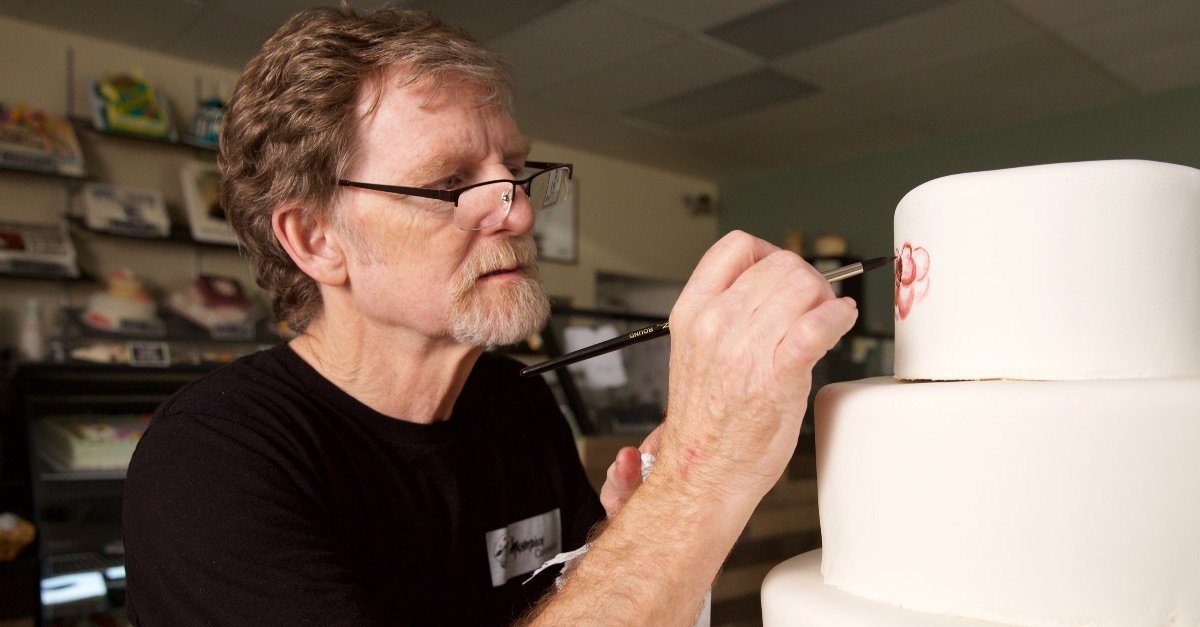 Baker Jack Phillips finds himself back in court over refusing to sacrifice his sincerely held religious beliefs.

Phillips, who owns Masterpiece CakeShop in Denver, has been sued by Autumn Scardina for refusing to bake a gender-transition cake, CBN News reports. On the day that the Supreme Court announced that it was going to hear the Phillip’s case against the Colorado Civil Rights Commission, Scardina came into Phillips’ shop and requested a blue and pink gender-transition cake. Phillips refused to bake the cake because he believes that God created humans as male and female. A few months later, Phillips also turned down Scardina’s request for a cake which featured Satan smoking marijuana. Scardina filed a complaint with the Colorado Civil Rights Commission. Weeks after Phillips’s win at the Supreme Court, the Civil Rights Commission found that he had violated state law. Phillips sued the Civil Rights Commission and eventually many of the state’s charges against him were dismissed. Now Scardina, who is an attorney, is filing another lawsuit against Phillips over the incident. Instead of appealing the Commission’s decision to dismiss the charges, Scardina is asking for over $100,000 in damages, fines, and attorney’s fees. Maureen Collins, who is the web writer for the Alliance Defending Freedom, reasserted Phillips’s rights to conduct his business according to his religious beliefs. According to Faithwire , she wrote, “We live in a country where freedom of speech and religious liberty are protected. While we may disagree on certain issues, we should all be free to live and work according to our beliefs. Jack Phillips, just like every creative professional, as the right to decline to use his artistic abilities to express messages or celebrate events he disagrees with.” Jake Warner, legal counsel with the ADF, asked the judge to dismiss the charges. He […]

← Prev: The Winning Pro-Life Message During the COVID-19 Crisis Next: New York Governor Andrew Cuomo continues his Persecution of Christians with decrees preventing the body of Christ from Worshiping together →