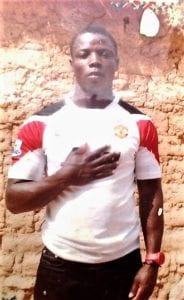 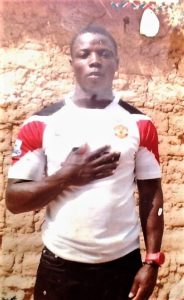 JOS, Nigeria (Morning Star News) – Suspected Muslim Fulani herdsmen ambushed and killed a 26-year-old Catholic on Thursday (May 2) in north-central Nigeria and two other Christians in the same manner on April 27, sources said.

“We heard the sound of gunshots around the stream west of Dong village, where you’re now talking to us,” Ako told Mornning Star News. “We rushed there to find out what happened and found again the killing of a member of our community.”

As Muslim Fulani herdsmen have been attacking Dong and Nzehrivoh villages for two years, Ako and other Christians suspect they are behind the slaying of Musa and the April 27 killing of Sunday Adi, 45, and Jonathan Joseph, 29, at 7:25 p.m. on that Saturday.

“We were returning to Dong village after the day’s work at Nzerivoh village, our former village where we were displaced last year, and we heard gunshots,” he said. “We decided not to proceed with our movement and remained where we were. A few moments afterwards, two people riding on a motorbike came to where we were and told us that they saw two corpses not far from the spot where were standing.”

The Christians went to the site and found the two bodies, he said.

“We immediately phoned soldiers of the Special Task Force (STF) and informed them about our findings,” he told Morning Star News. ‘They told us to wait for them at the spot. We waited for them and they never showed up. We left the spot and returned to our homes at Dong, until the following morning, which was Sunday, 28 April, before the soldiers came to the spot and left without picking the two corpses.”

He said armed Fulani herdsmen have been attacking Christian residents of Dong and Nzehrivoh villages for the past two years for no reason.

“We are farmers and have not been able to continue with our vocation because of these attacks,” he said. “We and our elders and church leaders have met several times with these herdsmen to understand what is prompting them to attack us without finding any real reason for such acts against us.”

Herdsmen leaders have often assured villagers that “they would impress it on their people to end such attacks on us, but it appears they only do this in order to perfect their plans to attack us the more,” he said.

“The destruction of our houses was carried out right in the presence of soldiers who were brought to the village to protect us,” he said. “Instead, we have been forced to escape to Dong community, and here, too, the herdsmen are now attacking this community. We do not know where to run to since the whole of this area is under attack.”

On April 29 soldiers stationed in Nzehrivoh were evacuated, and the following morning, herdsmen went to the village and burned down the few houses remaining there, he said.

“We have tried to embrace all these Fulani people, to live with them,” Peter told Morning Star News. “We’ve been kind to them; we gave them our land to stay on and to graze their cattle. Unfortunately, they’ve been killing our members.”

His parish in Nzehrivoh has been destroyed and parishioners displaced by the herdsmen, he said.

“The way they attack us is terribly bad,” he said. “We tried to make peace with them, but this has not worked as they keep attacking us. They still kill our members. So, we don’t know what else to do.

“We as Christians see the herdsmen as our brothers and cannot send them away; but, unfortunately, these Fulani herdsmen do not appreciate our hospitality and are killing us and forcing us out of our lands. We just buried one of our members killed by the herdsmen a moment ago.”

Silas Jacob, a 42-year-old Catholic catchiest whose parish was in Nzehrivoh before the village was destroyed, said attacks on the community began on Oct. 13, 2017, killing some and displacing others.

“The Fulani herdsmen attacked us at about 9 pm and killed many of my members,” he said. “Those of us who survived the attack took refuge here at Dong village. After soldiers were brought to Nzehrivoh, we returned there, but in March 2018, again the herdsmen attacked us; this is even with the presence of soldiers in Nzehrivoh village.”

“Then last Saturday [April 27], the herdsmen ambushed two of our people and killed them,” he said. “And just while we were still mourning the two, one of us was again killed yesterday [May 2] in an ambush again by the herdsmen. This is very disheartening. These attacks on us are being carried out in the presence of soldiers, and yet the Nigerian government has not done anything to end these unprovoked attacks on us.”

Church members have not ceased praying and thanking God for His mercies and protection, Jacob added.

“We use this opportunity to covet prayers of other Christians and also call for support from those who are led by the Holy Spirit to do so,” he said. ‘We have parishioners who have no places to sleep, food to eat, and even medical supplies for health needs. Truly, those of us who have survived these attacks are suffering.”

“We want a peaceful coexistence in this country, because it is only in doing this that development can take place,” he said. “The Fulani have deliberately been grazing their cattle on farms of Christians, and when these Christian farmers complain about such behavior, they are attacked by the herdsmen. This is not proper.”

The church leaders pleaded for assistance to enable the them rebuild even one worship hall that would give them a place to pray and worship irrespective of denominational differences.

Morning Star News is a 501(c)(3) non-profit corporation that relies solely on contributions to offer original news reports of persecuted Christians. By providing reliable news on the suffering church, Morning Star News’ mission is to empower those in the free world to help and to encourage persecuted Christians that they are not forgotten or alone. For free subscription, contact [email protected]; to make tax-deductible donations, visit https://morningstarnews.org/donate/? or send check to Morning Star News, 5062 Cortona Way, Meridian, ID 83646, USA.

← Prev: Acquittals Upheld for Christian Converts in Algeria Who Lost Their Wives Next: Fire at Historic Church Building on Easter Stuns, but Does Not Stop, Worshipers in India →

"These cops are starting to examine themselves and the system they are a part of." Really is that what's going on. Sounds a bit moronic... What's next defund the Phoenix Police Department?  This movement spreading like wildfire across the world is the spirit of...