‘They don’t speak for all women’: Thousands gathered to oppose pro-abortion women’s org 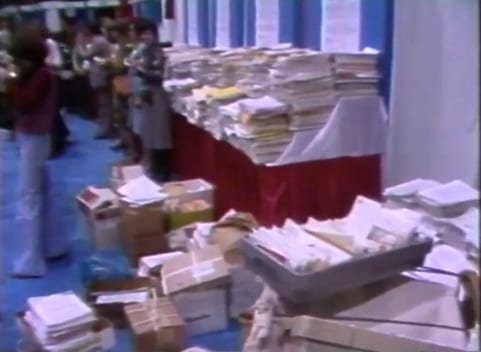 Read parts one and two of this series.

In the late 1960’s the National Organization for Women (NOW) ousted prominent leaders who refused to push NOW’s abortion agenda, pushed by two pro-abortion men. Ten years later, the rift over abortion continued to split women’s groups, leading to a show-down of sorts at a pro-abortion 1977 conference in Houston, Texas. And at the same time the Houston conference was taking place, another conference, largely ignored by the media, was being led by prominent pro-life women and attended by thousands.

The 15,000 woman counter-conference: ‘They don’t speak for all women’

Down the street from the previously detailed Houston (pro-abortion) women’s conference, over 15,000-20,000 pro-life women gathered for a counter-conference, reported the Wisconsin State Journal. They claimed the women who had been delegates to the conference from several states “charged that pro-family women were deliberately excluded from participating in both the women’s conference and state meetings that led up to it.”

To prove their point, the group circulated a petition for women to sign, condemning abortion and the Equal Rights Amendment. As the thousands of pro-life women gathered in Houston, petitions came flooding in to the local post office by the thousands, and they were displayed at the rally of objectors. 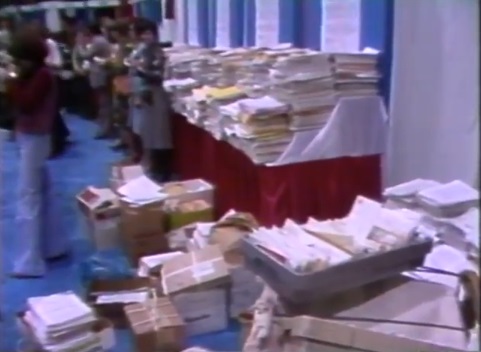 In attendance at the rally of objectors were many notable pro-life women such as Nellie Grey, founder of the March for Life. Grey addressed attendees while holding up a red rose as a pro-life symbol “of life — also a symbol of martyrdom. A martyrdom that is happening in America where blood is actually flowing as babies are being killed in our hospitals and clinics. And that is the reason that we speak.” She continued, “You know what they do in abortion is they simply take the lovely baby from it’s natural habitat and they rip it out, and they throw it away. And that is what is happening in America.” 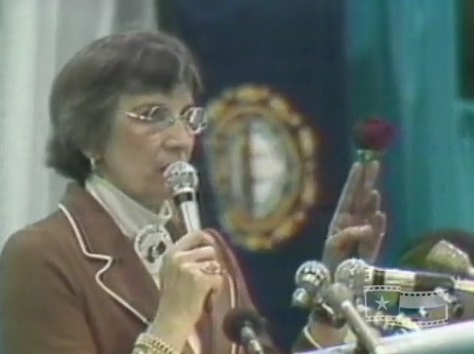 Phyllis Schlafly also addressed the crowd, saying, “I’m very proud that they excluded me from that convention. I’m here where we’re not ashamed or afraid….” She claimed that the Women’s Convention was a charade in order to “tell the Congress and state legislatures that this is what American women want. By coming here today, you have shown that that is not what American women want.”

READ: How the push for ‘abortion rights’ splintered the women’s movement

Right to Life president Mildred Jefferson also spoke. “We are joined together by our common belief that the sanctity of life must be the foundation of our Democratic society. And we will call upon the representatives of a free press to please give us a fair hearing. They are unwilling to accept the responsibility that freedom demands and they can’t understand that liberty cannot be maintained without fairness and justice. By denying the right to life of the unborn child they are denying themselves the right to womanhood.”

She received a resounding round of applause after proclaiming, “The mighty army of the people is on the move. And we will not retreat until we have pushed back every threat to the family that is the heart of our country.” 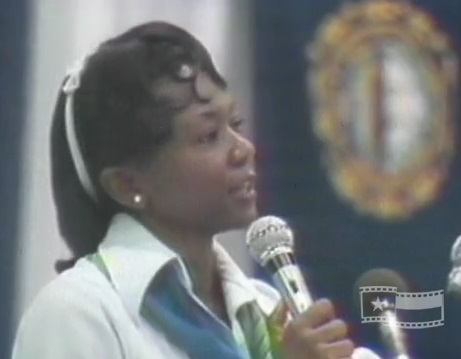 “I truly believe in the great dream that is America,” she said. “That it is a land of opportunity that it is a home for all and that it must never be just an exclusive reservation for the perfect, the privileged and the planned. But we will win this fight for life and the protection of our country.”

A resolution was then unanimously passed by the 15,000 pro-life women that they would support that “Congress enact and the states ratify a mandatory Human Life Amendment to the Constitution to protect all persons born and unborn.”

To this day, the divide between pro-abortion and pro-life women is still starkly seen. I personally experienced hostility from the pro-abortion side in the mid-1980s at a NOW event in New Hampshire, where I was shouted down after asking a question about late-term abortion and was outed as a pro-lifer by one NOW speaker. After the event, some audience members told me that because of the national NOW leader’s intolerance toward me, a fellow woman, they would never be part of NOW’s membership.

The more the pro-abortion side chooses to pit women’s rights again the human rights of the preborn, the more this divide will continue to grow.

← Prev: Mother distraught after learning Planned Parenthood left most of aborted baby inside her Next: 'Not a Single Bible Was Burned', Fire Department Says after Responding to Dangerous Church Fire →