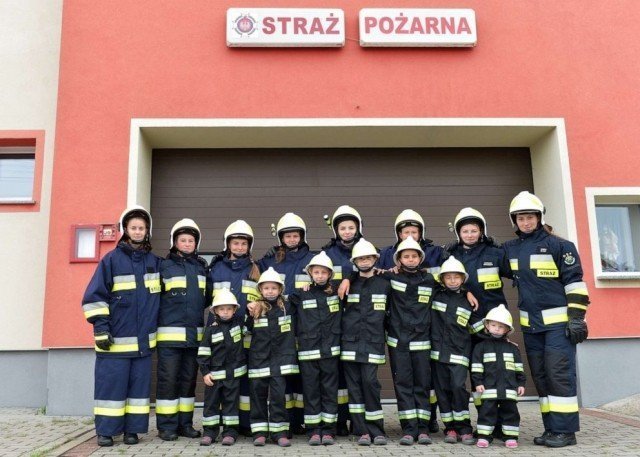 While we often write about the problems caused by the high proportion of males in countries like India and China, one Polish town has the opposite problem.  Not a single boy has been born in the small southern town of Miejsce Odrzańskie for nearly a decade.  Normally, the sex ratio at birth is skewed towards males: for every 100 girls born, 105 are male.

The town’s mayor considers the situation highly unusual, and is now offering a reward to any couple who can manage to conceive a boy.  He has looked into the town’s records and found that boys have always been rare.

As a result, the small town of less than 300 hundred inhabitants has been the subject of intense interest over the last couple of months, as scientists ponder why the town has so many girls.  Tomasz Golasz, the head of the town’s volunteer fire brigade (staffed mainly by women), has given up hope of conceiving a boy:

“It has been going on for several decades.  I came to the village, took a local girl for my wife and we had two daughters.  I would like to have a son but it’s probably unrealistic.  My neighbour also tried and has two daughters.”

The Head of the Department of Medical Genetics at the Medical University of Warsaw has suggested that environmental conditions and the girls’ parents being distantly related to each other are two possible factors which may be causing the trend.

A number of my friends have two boys and would like to have a girl next.  We have discussed strategies from the acidity of the food they eat to the timing of conception, both things which supposedly influence gender.  Now an easy solution presents itself – they can simply move to this town.  Maybe it has the perfect confluence of ‘girl-friendly’ factors.

Or maybe not.  According to statistician, Craig Anderson, writing for The Conversation, the situation is not as statistically unusual as it sounds:

It is a very small village of just 272 people with a birth rate of not much more than one per year. That means that this run of 12 girls is extended over almost a decade, which is what has attracted so much attention.

In comparison, there were 6,852 babies born here in Glasgow in 2017, which corresponds to about 19 per day. If we had 12 girls born in a row here, it’s unlikely anyone would even notice, since there would actually be several boys born on the same day as well as the day before that and the following day.

While the locals seem convinced that they will not ever manage to conceive a boy in the girl dominated town, perhaps I can’t offer such easy hope to my friends after all. ← Prev: India May Follow China’s Lead With a Population Control Policy of Forced Abortions Next: Before the Nazis Killed Jews, They Euthanized Hundreds of Thousands of Disabled People →