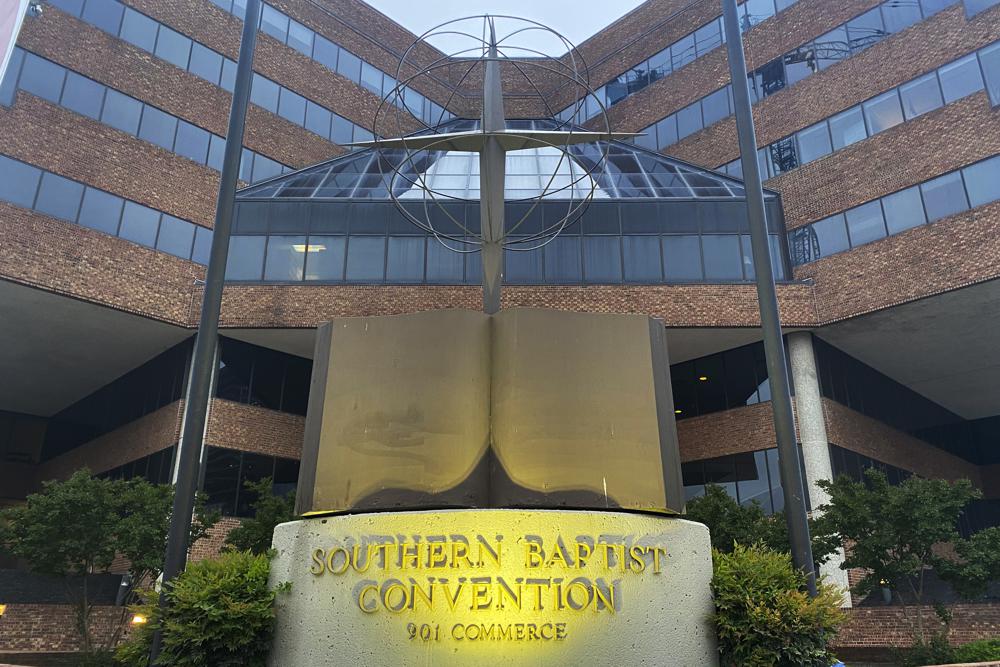 Unfortunately, savage wolves have come in not sparing the flock. Men from within, speaking perverse things to draw away believers to themselves instead of trusting in the finished work of the cross.
The apostle Paul knew wolves would come in not from outside the “church” but from within and corrupt it. Acts 20:29-31.
This is just a glimpse of the hypocrisy and evidence of “savage wolves speaking perverse things” that the apostle Paul speaks of in Acts 20. The Southern Baptist and countless many mainline denominations in America are no different. As seen by the rank apostasy promoted by a multitude of mainline denominations over the past few years.

‘For I know this, that after my departure savage wolves will come in among you, not sparing the flock. Also from among yourselves men will rise up, speaking perverse things, to draw away the disciples after themselves. Therefore watch, and remember that for three years I did not cease to warn every one night and day with tears.’

‘Moreover he must have a good testimony among those who are outside, lest he fall into reproach and the snare of the devil.’

NASHVILLE, Tenn. (AP) — Leaders of the Southern Baptist Convention said Friday that several of the denomination’s major entities are under investigation by the U.S. Department of Justice in the wake of its multiple problems related to clergy sex abuse . The SBC’s Executive Committee has received a subpoena, but no individuals have been subpoenaed at this point, according to the committee’s lawyers. “This is an ongoing investigation and we are not commenting on our discussions with DOJ,” they said. The statement from SBC leaders — including Executive Committee members, seminary presidents and heads of mission organizations — gave few details about the investigation, but indicated it dealt with widespread sexual abuse problems that have rocked the largest Protestant denomination in the U.S. “Individually and collectively each SBC entity is resolved to fully and completely cooperate with the investigation,” the statement said. “While we continue to grieve and lament […]