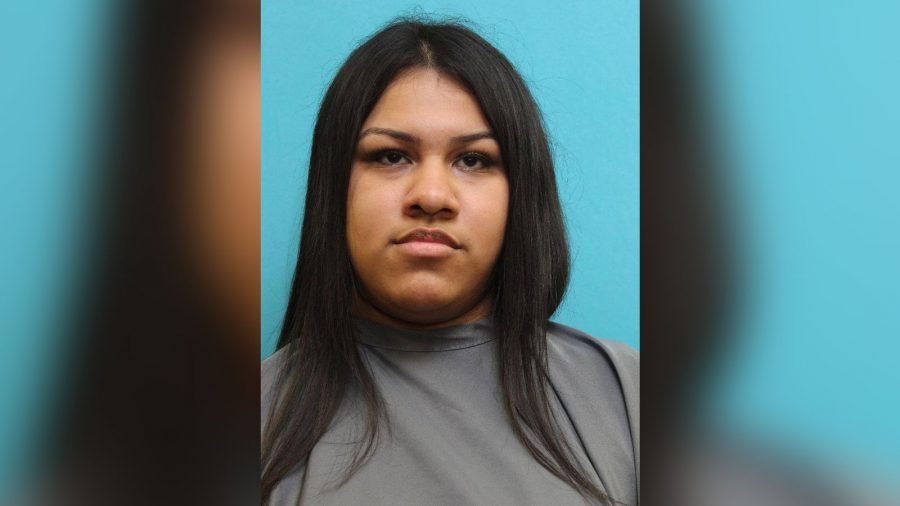 “As a condition of her bond, Maradiaga is ordered to quarantine for 21 days upon date of release from custody as a precaution,” police said in a news release. Carrollton is about 20 miles north of Dallas. ‘I Will Shorten Your Life’ The videos taken by Maradiaga circulated on social media, FOX7 reported. “I’m at Walmart about to infest [expletive],” she said in the wide-spread video. “If I’m going down, all you [expletive] are going down.” In one of her multiple videos, Maradiaga can be seen arriving alone in her car at what appears to be a drive-thru testing site for the CCP (Chinese Communist Party) virus. A female medical official at the testing site told the teenager to stay home and self-quarantine and await her results. Later in another video that Maradiaga posted, she was seen driving in her car and coughing to the direction of the camera and said: “I will shorten your life.” “If you want to get the coronavirus and [expletive] die, call me,” the teen said. 18-year-old female Lorraine Maradiaga from Texas who is charged with a terroristic threat after threatening to “willfully spread” […]

Click here to view the original web page at www.ntd.com

In this story out of Texas, you have the manifestation of two End Times scenarios in which the apostle Paul delineates will be signs of the times before the Lord’s returns with the sound of a trump and the body of Christ which is His Church meets Him in the clouds (1 Thessalonians 4:13-18).

← Prev: Brazil's President Calls for National Day of Prayer and Fasting to 'Free Brazil from This Evil' Coronavirus Next: 100 Human Rights Groups Call Killing Babies in Abortions a “Human Right” →