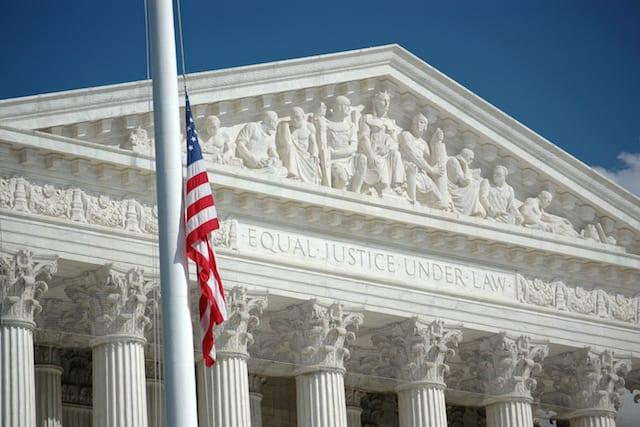 The Supreme Court barred enforcement of a Louisiana law called the Unsafe Abortion Protection Act on a five to four vote Thursday night.

The high court granted an emergency request to stay a 2014 Louisiana law requiring abortion providers to have admitting privileges at a nearby hospital. The Louisiana Unsafe Abortion Protection Act (Act 620) was previously upheld by the U.S. Fifth Circuit Court of Appeals, which previously refused to stay implementation of the law.

Today’s order from the high court means that the law will be stayed pending full briefing on the question of whether the Supreme Court should grant certiorari for a full review of the case.

Pro-abortion attorneys argued that the Louisiana law should be ruled unconstitutional under the precedent of Whole Women’s Health v. Hellerstedt. The Texas law required abortionists to have admitting privileges and required abortion clinics to meet the same standard as ambulatory surgical centers. However, the Louisiana law did not require clinics to meet the ambulatory center requirements.

The 2014 law requires doctors who do abortions to have hospital admitting privileges for patient emergency situations. It was sponsored by pro-life Democrat state Rep. Katrina Jackson, who spoke at the March for Life this year. The law was supposed to take effect on Friday and could have closed abortion facilities that could not protect women’s health.

But Chief Justice John Roberts joined the high court’s pro-abortion minority to prohibit the law’s implementation over the dissent of Justice Brett Kavanaugh. Justices Clarence Thomas, Samuel Alito, and Neil Gorsuch noted their dissent but did not join the Kavanaugh opinion. Oddly, Roberts joined the pro-life side when the Supreme Court ruled on a similar Texas law.

Kavanaugh said he would have let the law go into effect but leave open the possibility of a new challenge if the doctors couldn’t get admitting privileges after 45 days.

“During the 45-day transition period, both the doctors and the relevant hospitals could act expeditiously and in good faith to reach a definitive conclusion about whether those three doctors can obtain admitting privileges,” he wrote.

“For a movement that purports to advocate for women’s health, it is bizarre that the abortion industry opposes laws like this,” said Carol Tobias, president of National Right to Life. “What are they so afraid of? What’s wrong with the abortionist that he can’t get admitting privileges at a hospital?”

“There are numerous documented cases of physical complications following an abortion that require women to seek emergency medical treatment. Ensuring that abortionists have admitting privileges is the very least the abortion industry can do to protect women,” Tobias added.

Benjamin Clapper, Executive Director for Louisiana Right to Life, said: “While we are disappointed the Unsafe Abortion Protection Act will not go into law immediately, we do look forward to the potential of the law going into effect later this year after the Court either denies the petition for certiorari, or upon a ruling in Louisiana’s favor after full briefing on the merits. The abortion industry, over the past four decades, has fought against every common-sense health standard. This is just another example of the extreme lengths the abortion industry pursues to protect abortion-on-demand.”

Dorinda Bordlee of Bioethics Defense Fund, a consulting attorney to Louisiana Right to Life, explained, “While the Texas law, like the Louisiana law, required physicians at abortion facilities to have admitting privileges at a local hospital, the Texas law also required abortion facilities to meet strict ambulatory surgical center requirements. Louisiana’s law does not include the ambulatory surgical center requirement, and the facts of Louisiana’s different geography and demographics necessitate a different result.”
Rep. Katrina Jackson (D-Monroe), a Louisiana attorney who authored the admitting privileges law, stated: “We encourage the Supreme Court to either deny the abortion industry’s petition, or, if certiorari is granted, that the Court overturn, alter, or clarify the Hellerstedt decision, allowing a state to enforce its duly enacted laws aimed at protecting the health and safety of its citizens. Abortion has known medical risks, and the women of this state who are often coerced into abortion deserve to have the same standard of care required for other surgical procedures.”

Meanwhile, abortion activists moaned that the law could shut down abortion facilities.

The 2014 law requires abortion providers to have hospital admitting privileges in case patients experience emergency complications. Soon after it became law, the Louisiana abortion facility Hope Medical Group for Women and the Center for Reproductive Rights challenged it in court.

The U.S. Supreme Court struck down a similar Texas law in 2016, arguing it burdened women’s access to abortion. In September 2018, however, the Fifth Circuit said the Louisiana law is different because it “does not impose a substantial burden on a large fraction of women.”

In upholding the Louisiana law in a 2-1 decision in September 2018, Fifth Circuit Judges Jerry Smith and Edith Brown Clement ruled that the Louisiana law’s impact is factually different from the Texas law in Hellerstedt and should be ruled constitutional even with the Hellerstedt precedent.

Benjamin Clapper, executive director of Louisiana Right to Life, previously said the Fifth Circuit ruling was a victory for women’s health and safety.

“.. the goal of requiring abortion providers to have admitting privileges at local hospitals was always about protecting women by ensuring the continuity of care in cases of emergency,” Clapper said. “Our law should never create special loopholes so that abortion facilities can operate in a sub-standard manner.”

Jackson, an African American pro-life lawmaker, was threatened by a Planned Parenthood director after introducing the law in 2014. Planned Parenthood Gulf Coast Director Melissa Flournoy resigned after she said she wanted someone to “kick her a–,” referring to Jackson.

← Prev: NBC Says Earth Would “Just Be Fine” if Humans “All Disappeared” Next: Alabama Lawmaker Files Bill That Would Authorize Elective Bible Classes in Public Schools →