Suppressed for Not Joining Official Church 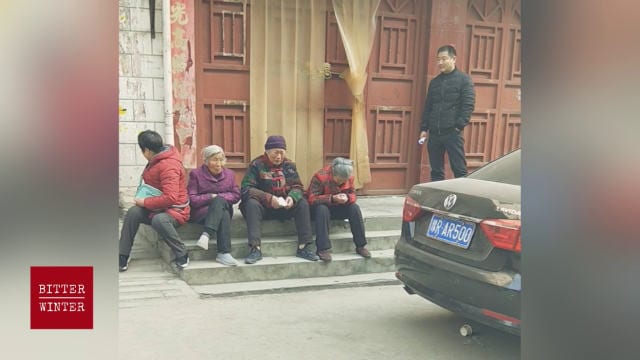 Accused of “holding illegal gatherings,” three Protestant house churches in the central province of Henan were shut down, police confiscating their assets.

House churches that are unwilling to join the state-sanctioned Three-Self Church are regarded as illegal and therefore subjected to increasing CCP control; many are eventually closed down. Three more rebellious churches in Henan fell victim to the government’s persecution earlier this year.

A meeting venue of Great Praise house church in Yanghe town, under the jurisdiction of Pingqiao district of Xinyang city in the central province of Henan, was hit at 4 a.m. on February 3, the eve of China’s traditional Spring Festival or Lunar New Year.

According to a co-worker at the church, police officers pried open the door to get in and took away crosses, audio speakers, a projector, and other church possessions, even the carpet on the stairs, leaving the place in disarray.

Video: Everything has been looted from the church. The person in charge of the church denounces the authorities’ barbaric behavior.

Shortly after 8 o’clock that morning, when members of the congregation came for their meeting, the police stormed in again and demanded to cease any gatherings because they were illegal. Officers photographed the church preacher and took him to the local public security sub-bureau for interrogation.

The police were forcing the preacher to sign a statement giving up his faith and promising not to hold gatherings anymore, but he refused and was detained for 15 days, charged with “holding illegal gatherings.”

A Charismatic house church meeting venue in Huangzhong township, in Yucheng county, under the jurisdiction of Shangqiu city, suffered a similar crackdown on March 15. More than ten police officers and township government officials rushed into the meeting venue and, after videotaping the believers, ordered to cease “illegal gatherings.”

The police confiscated everything they found, including Bibles, hymnbooks, computers, tables, and stools, as well as 1,095 RMB (about $ 160) of the church’s donation money. They installed a new lock on the meeting venue door and shut it down.

Four of the church’s leaders were taken to the local police station and were questioned until the evening, officers mostly interested in where the church’s donation money was kept.

A Reformed house church in Neixiang county in Chengguan town, under the jurisdiction of Nanyang city, was shut down on March 10, after police officers and local officials stormed the gathering of more than 60 believers. One of the officials claimed that the government did not approve the church and that their meetings were illegal.

Video: A believer in her seventies sits outside the meeting venue, weeping bitterly and praying to the Lord.

A church’s co-worker said that all national laws should be observed, but that they cannot yield to the government in the matter of believing in the Lord. After the CCP shuts down a meeting venue, believers continue to hold smaller gatherings of three to five people in secret.