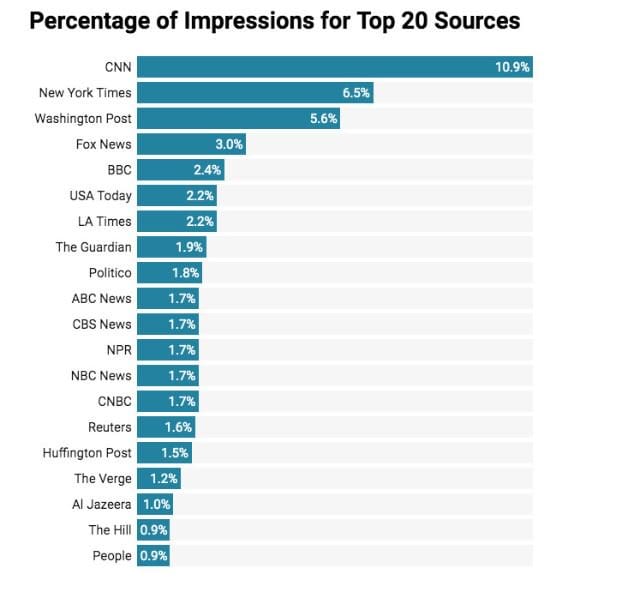 Google’s algorithms favor liberal-leaning news outlets over conservative ones by a significant margin, according to a study Northwestern University researchers conducted.

More than 62% of all article impressions came from sources rated as left-leaning, while only 11% came from conservative-leaning outlets, notes the study, which was published in May. Researchers collected 6,302 unique links to news articles in Google’s Top Stories box. Each of those links represents an article impression.

Researcher Nicholas Diakopoulos used ratings data from a 2015 Science Magazine study that identifies the ideological alignment of the top 500 most-shared news sites on Facebook. The ratings reflect the self-reported political affiliation of Facebook users sharing content from those sources.

Researchers then confirmed their research through the GDELT database, which monitors virtually all news content across the world and Google backs. Diakopoulos scraped Google results for more than 200 queries related to news events in November 2017. He put terms like “Colin Kaepernick” and “earthquake,” among others, into the search box and tried to depersonalize the results as much as possible.

GDELT’s database showed there were 2.2 times as many articles from left-leaning sources as conservative sources. That ratio was much higher, at 3.2, in the Google Top Stories box, indicating that the “curation algorithm was magnifying the left-leaning skew in comparison to the GDELT baseline,” the study notes. The study also found that a handful of news outlets are monopolizing Google’s attention.

The top 20% of news sources accounted for roughly 86% of article impressions, with CNN, The News York Times and The Washington Post accounting for 23% of all impressions, the study notes. These data underscore the degree with which Google is concentrating users’ attention on a narrow band of news sources. 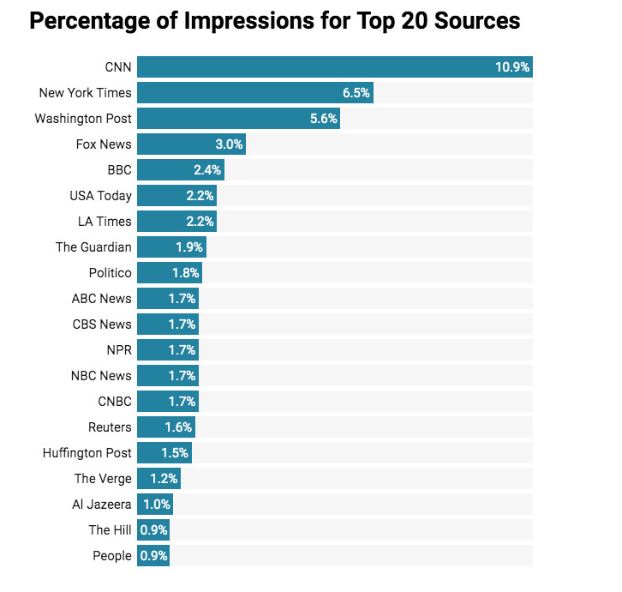 Here is a snapshot of a graph by Northwestern researcher Nicholas Diakopoulos on Google’s concentration of news information. (Courtesy of Diakopoulos)

The study raises important questions about whether the company is tinkering with its algorithms.

A number of conservative news sites are included in Google’s blacklist, according to the Caller’s documents. Gateway Pundit, Matt Walsh’s blog, Gary North’s blog “teapartyeconomist.com” and The American Spectator are but a few websites that Google blacks out.

Google CEO Sundar Pichai has continued to deny claims that the company manipulates search terms. “This is working at scale, we don’t manually intervene on any particular search result,” he told lawmakers in February, referring to questions about why search terms for “idiot” returned a photo of President Donald Trump.

Tech experts have expressed concerns that most tech companies are not up to the task of distinguishing between legitimate content and hate speech.

Emily Williams, a data scientist and founder of Whole Systems Enterprises, for one, argues that Facebook’s lack of transparency about the frailties of its artificial intelligence-deep learning instruments makes it difficult for people to understand why and how content is being throttled. She believes most algorithms have a 70% success rate, meaning roughly 30% of the time platforms are unintentionally nixing content.

“We have no insight into the methodology these researchers used. Other researchers have found exactly the opposite. The fact is that like Google search and Google News, our top stories feature has absolutely no signal for a story’s political point of view and simply reflects the overall corpus of news and information on the web,” a Google representative told The Daily Caller News Foundation.

LifeNews Note: Chris White writes for Daily Caller. Content created by The Daily Caller News Foundation is available without charge to any eligible news publisher that can provide a large audience. 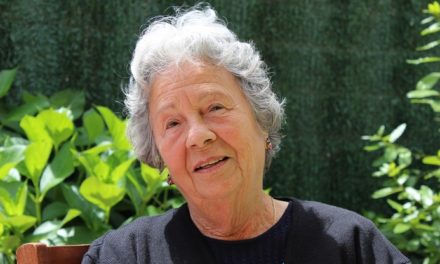 Doctors are Euthanizing Mentally Ill Patients in Europe and Canada. The United States is Next 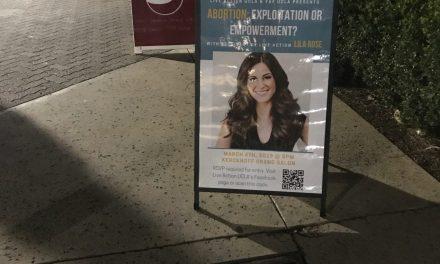 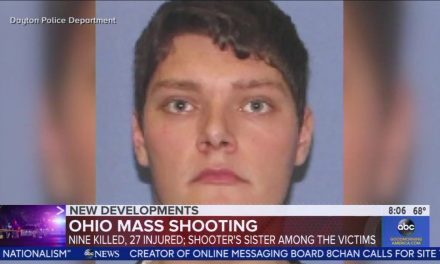