She Spent Years Trying to Find Her Birth Mom, Then She Learned She Was Saved From Abortion 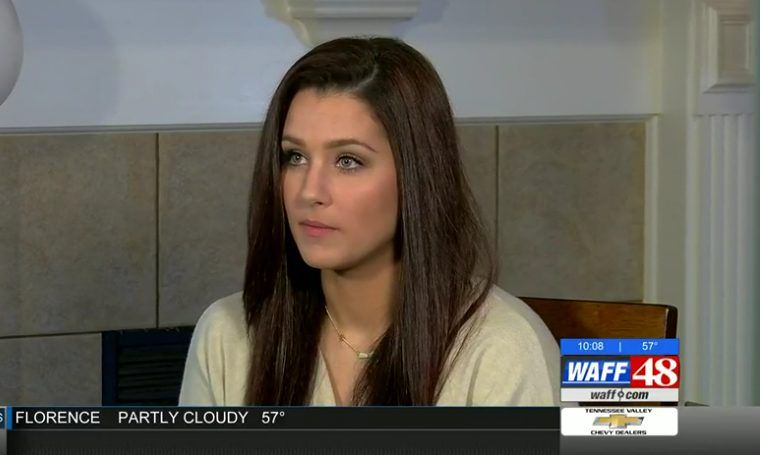 Tosha told WAFF 48 News that she always knew she had been adopted, and her adoptive parents were loving and supportive. But as a teenager she began to wonder who her birth parents were.

After years of searching, she finally found her mother Paula Morey, of Athens, Alabama, and learned the reasons why she made an adoption plan for her daughter.

Morey said she was just 15 years old when she found out she was pregnant in 1993, and her daughter’s father was going into the military.

Frightened and still very young, Morey said she almost succumbed to the pressure to have an abortion.

“I will be honest that we had scheduled to have an abortion and he left to go to boot camp and knew that was kind of what the plan was. I woke up that Saturday morning and knew that I just couldn’t do that,” she told the local news.

Morey said she moved away to a foster home in Texas so that she would not embarrass her family, and gave birth to her daughter there. She made the difficult decision to make an adoption plan for her baby girl.

She and her daughter spent three days together before Tosha’s birth parents came for her. Morey said she sent her baby girl away with a homemade blanket, a stuffed bunny and a letter telling her how much she loved her.

Tosha grew up in Texas in a loving home. She said her adoptive parents were open with her about her past.

“They expressed how much my birth mother loved me like what she wanted for me and the sacrifices that she made for me to have, you know, the life that she wanted me to have. And so they were always encouraging of me finding my birth parents. Any time I had questions they were very open about it,” she said.

When her adoptive mother died, Tosha said her desire to find her birth mother grew strong.

“It became an obsession and I just I didn’t want to stop,” she told the local news.

Morey said she almost could not believe it at first; then, Tosha read her old letter to her over the phone.

“She read to me the first letter that I ever wrote, which was the letter to her of why I was making my decision to place her for adoption.” Paula said. “And it was like yesterday as she’s reading those words, I’m like oh my gosh this is what I said to her. This is her.”

The two recently met in Alabama for the first time in 24 years, according to the local news.

Their amazing reunion happened because a mother’s love triumphed over her doubts and fears and the pressures of the world to have an abortion. Morey loved her daughter so much that she decided to go through the pain and loss of adoption to give her daughter what she could not. She chose life.