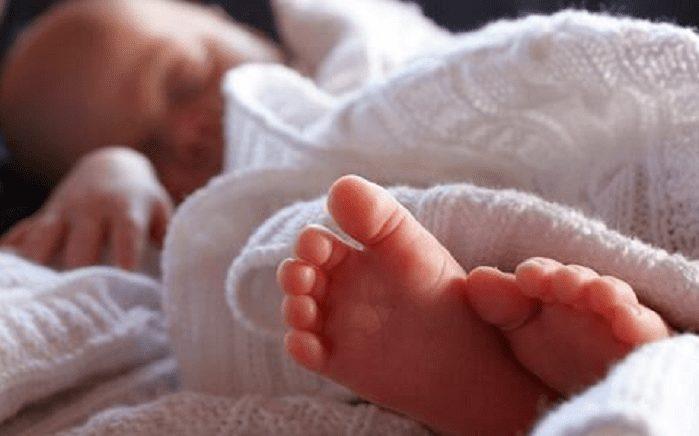 Senate Democrats today blocked a request by Republicans to vote on a bill that would stop infanticide and provide medical care and treatment for babies who are born alive after botched abortions. The vote to stop the Democrat filibuster needed 60 votes but Democrats stopped the chamber from getting enough.

The Senate voted 53-44 against ending the filibuster and allowing a debate and vote on the bill itself. Every Republican present voted to end the filibuster, along with Democrats Joe Manchin, Bob Casey and Doug Jones, while all other Democrats voted agaisnt the bill. Republican Senator Lisa Murkowski of Alaska, who supports abortion, did not vote — hurting the effort to collect the 60 votes necessary. Pro-life Republican Senators Tim Scott and Kevin Cramer were unable to attend the vote due to flight delays but would have voted to support the bill.

Druing the debate, several Democrats misled the Senate about the bill and falsely claimed the measure would ban abortions or ban late-term abortions. They made the usual pro-abortion claims that pro-life lawmakers hate women or somehow abortion is women’s health.

Senator Ben Sasse of Nebraska grew increasingly frustrated as the debate went on about the false claims abortion advocates made about the anti-infanticide legislation.

“I know a lot of opponents of this bill sincerely believe the talking points that they read from their staffs. We’ve heard speech after speech after speech that have nothing to do with what’s actually in this bill,” he said. “I urge my colleagues to picture a baby that’s already been born, that’s outside the womb gasping for air. That’s the only thing that today’s vote is actually about. We’re talking about babies that have already been born. Nothing in this bill touches abortion access.”

But leading pro-life senators were on point.

“At a bare minimum, every one of us should be able to agree that infanticide, or the killing of a baby after it has been born alive, is unacceptable. This is a separate issue from abortion, which is abhorrent in itself,” said Senator Mike Rounds of South Dakota.

Senator Steve Daines of Montana added: “We are not here to debate abortion. That is not what this bill is about . . . We are here today to decide whether or not it should be legal in the U.S. to kill or neglect an infant who has been born alive after a botched abortion.”

Senator Joni Ernst agreed, saying, “All my colleagues across the aisle are saying this about abortion, this is about a mother’s health care. That’s absolutely incorrect. We are talking about a human life.”

“What this bill does is address the health care of a baby that is born alive after a botched abortion. We’re not talking about abortion, folks. We’re talking about the life of a child that is born,” she added.

“Today we saw the extremism of the abortion industry’s agenda on full display,” said Carol Tobias, president of National Right to Life, in an email to LifeNews. “The 44 members of the United States Senate who voted against this bill now need to explain to their constituents why they believe abortion is such an absolute ‘right’ that it protects what amounts to infanticide: willfully withholding life-saving care from a born-alive infant.”

“Thanks to the governors of New York and Virginia, and 44 pro-abortion Democrat Senators, the extreme pro-abortion agenda has been laid bare for all to see,” Tobias added. “They believe it should be legal to kill unborn babies, for absolutely any reason, at any time up to and including the moment of their birth, and even in the moments after they are born.”

Students for Life of America President Kristan Hawkins called Sen. Ben Sasse’s Born-Alive Abortion Survivors Protection Act“the bare minimum standard for valuing infant life, as everyone should be able to look at a baby born during an abortion and understand that a humane response is required.”

She continued: “The tragedy today is that even though a majority of Senators voted to protect infants born alive during an abortion, the ‘new math’ of the Congress means this is still a loss, as even with 53 in favor to 44 against the 60 vote supermajority was not reached. Those senators who voted against this bill that obviously protects human beings will have a lot to answer for when they face the voters.”

Jeanne Mancini, President of March for Life, added: “Senators who could not bring themselves to vote to pass the Born-Alive Abortion Survivors Protection Act should reconsider whether or not they have what it takes to serve. Senator Sasse’s common sense bill would merely require doctors assist a newborn struggling to survive after a failed attempt on her life. Anyone who lacks the basic level of human compassion needed to vote in favor of this should quickly find another job. We look forward to a vote in the House of Representatives so that Chamber can get on record as well.”

“Today’s vote exposes beyond all doubt the modern Democratic Party’s extreme agenda of abortion on demand through the moment of birth and even beyond – a deeply unpopular position even within their own rank and file,” said SBA List President Marjorie Dannenfelser. “An overwhelming majority of voters are horrified by infanticide and want Congress to protect babies born alive during failed abortions. But when forced to take a position on the record, not a single one of the top Senate Democrats running for president in 2020 could muster the basic decency to outlaw infanticide. President Trump’s pro-life leadership is obviously resonating with the public and could not present a clearer contrast to Democrats’ extremism. SBA List’s army of grassroots pro-life activists will go on offense to hold Democratic presidential contenders accountable for their extremism and for trampling the will of the American people.”

LiveAction President Lila Rose told LifeNews: “A new Marist poll shows 80% of Americans want to limit abortion to the first three months of pregnancy but Democrats can’t even find consensus to limit abortion after a child is born. According to the Centers for Disease Control (CDC), nationwide, between 2003 and 2014 at least 143 babies died after being born alive during botched abortions – and the CDC states this could be an underestimation. In 2018, 16 infants in Florida alone were born alive after surviving abortion attempts. Senators who voted no on the Born Alive Abortion Survivors Protection Act should be ashamed of themselves. Shockingly, infanticide in the context of abortion is not illegal in the U.S. There is no existing federal law that prohibits the denial of medical care to infants born alive after abortion attempts. The Born-Alive Abortion Survivors Protection Act would have appropriately required that infants delivered alive during attempted abortion procedures be given appropriate medical care and penalized those who neglected to save them.”

“The extremism of the Democrats can no longer be ignored or debated,” Father Frank Pavone of Priests for Life said. “As Senate Majority Leader Mitch McConnell said on the Senate floor today, this bill merely recognizes that a newborn baby is a newborn baby, no matter what the circumstances were of his or her birth. For the Democrats, a newborn slated for extermination before birth is fair game even after birth. This is infanticide. The only thing Americans can do to protect these most vulnerable babies is to vote out of office those who fail to protect them.”

This is the second time Senate Democrats have blocked the bill to stop infanticide.

Earlier this month. Nebraska Senator Ben Sasse had wanted to vote on a bill to protect babies born alive after failed abortions.

The Senate vote would have come days after New York Governor Andrew Cuomo signed into law new legislation that allows abortions up to birth and after Virginia Governor Ralph Northam backed infanticide during a radio interview — saying that he’s perfectly content if doctors and parents discuss letting disabled babies die after birth.

Sasse asked of the Senate for unanimous consent to vote on legislation that would offer them appropriate Medical Care and treatment.

After she blocked the initial vote, EWTN reporter Jason Calvi caught up with Senator Murray and asked her why she blocked the Senate bill to provide medical care for babies who are born alive. She said that is between a woman and her doctor.

VOTE TALLY: A Yea vote is pro-life to stop infanticide. A No vote is a pro-infanticide vote.

ACTION: Contact your senators immediately and tell them what you thought of their votes on the Born Alive Abortion Survivors Protection Act.