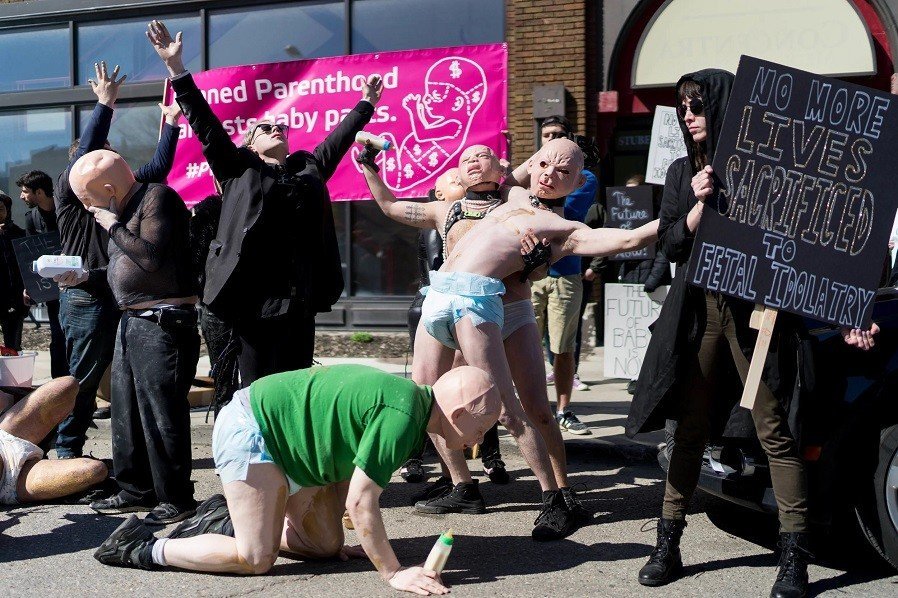 The Satanic Temple plans to hold a rally this fall to demand that they be allowed to abort unborn babies for any reason, at any time — and without informed consent

“The Satanic Temple will be staging a rally for religious reproductive rights and women’s health at the capital of one of the states with the most egregiously restrictive abortion laws,” the group said in a statement.

The states are Indiana, Missouri, Georgia, Alabama, Mississippi, Arkansas, Kentucky, Louisiana, North Dakota, Ohio and Utah. All of the state have passed pro-life laws in the past year to protect mothers and unborn babies, including through informed consent laws and bans on abortions at certain points in pregnancy, such as when an unborn baby’s heartbeat is detectable.

The satanic group said it will hold its rally in the state that receives the most donations, and the donations will be used to fight the pro-life laws.

“As a religious organization, TST insists that its members are exempt from obstacles to abortion access in accordance with their beliefs under both the First Amendment and the Religious Freedom Restoration Act,” the group said. “TST’s religious belief that people should live in accordance with the best scientific knowledge available, and its belief in bodily autonomy, inform their opposition to laws that restrict abortion access.”

← Prev: People without a Purpose: Why Young Brits Have Lost Hope Next: Bethel Church Suggests ‘LGBTQ+’ People ‘Who Feel Fulfilled and Happy As You Are’ Don’t Need to Change or Repent →