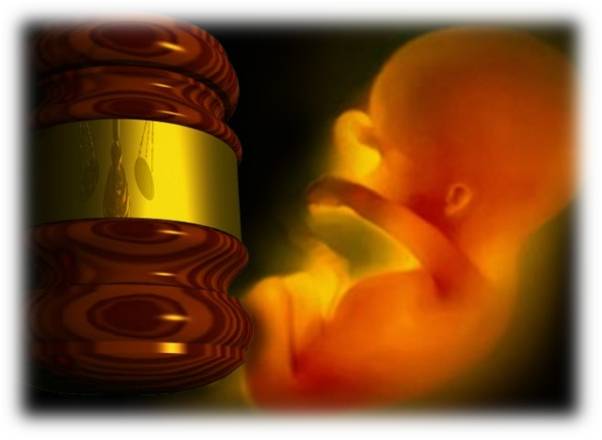 Missouri Satanists lost another battle in court Wednesday against a pro-life state law.

The state Supreme Court dismissed the case by “Mary Doe,” a Satanic Temple member who disagrees with the Missouri informed consent laws on abortion, according to the St. Louis Post-Dispatch.

The case has been thrown out in court multiple times, but each time, Doe appealed to a higher court. The Missouri high court’s ruling puts an end to the case.

The Satanic Temple argued that Missouri trampled on Doe’s religious rights by requiring that she undergo an ultrasound and receive a booklet with information about her unborn baby’s development, abortion risks and alternatives to abortion. The state law also requires that a woman wait 72 hours before going through with the abortion.

However, Judge Laura Denvir Stith and four fellow justices disagreed, saying Doe could have refused to accept the booklet. She also said the state does not require ultrasounds prior to abortions; rather, ultrasounds are a routine procedure conducted by abortion facilities, according to the report.

“(T)he informed consent law neither requires a pregnant woman to read the booklet in question nor requires her to have or pay for an ultrasound,” Stith wrote in her ruling. “And, while Ms. Doe mentions the 72-hour waiting period, she does not allege how that waiting period conflicts with her religion nor that it was an undue burden, nor did she seek to enjoin its enforcement prior to the expiration of that waiting period.”

St. Louis Public Radio reports Chief Justice Zell M. Fischer wrote a concurring opinion that refuted the Satanists’ religious freedom claims. He said the U.S. Supreme Court “has made it clear that state speech is not religious speech solely because it ‘happens to coincide’ with a religious tenet.”

The informed consent law “is a common sense measure designed to protect women from undue pressure and coercion during the sensitive decision of whether or not to have an abortion, and we applaud the Missouri Supreme Court’s decision in this case,” Schmitt said.

According to the Satanists, informed consent laws violate two core tenants of their beliefs: First, “One’s body is inviolable, subject to one’s own will alone,” and, second, “Beliefs should conform to our best scientific understanding of the world. We should take care never to distort scientific facts to fit our beliefs.”

However, the Missouri informed consent law is based on scientific facts, not Christian, Jewish, Buddhist or any other religion’s beliefs. Scientifically, it is well established that a unique new human life comes into being at the moment of conception. Likewise, the information women receive as part of informed consent — facts about their unborn baby’s development and abortion risks – also are backed up by strong scientific research.

The Satanic Temple is heavily involved in abortion activism in the U.S. Its members have filed multiple lawsuits challenging state abortion regulations, some of which are on-going.

Some of its members also attempt to intimidate peaceful pro-life sidewalk counselors through gruesome protests. In 2016, pro-life advocates outside of a Detroit, Michigan Planned Parenthood faced a disturbing scene when a group from the Satanic Temple arrived to counter-protest wearing baby masks and carrying whips. They held a similar protest on Good Friday in 2017.

Breitbart once described the Satanic Temple’s actions as a “pro-abortion crusade to come to the aid of America’s largest abortion provider,” Planned Parenthood.