Satanic Temple head: ‘More than 50% of our membership is LGBTQ’ 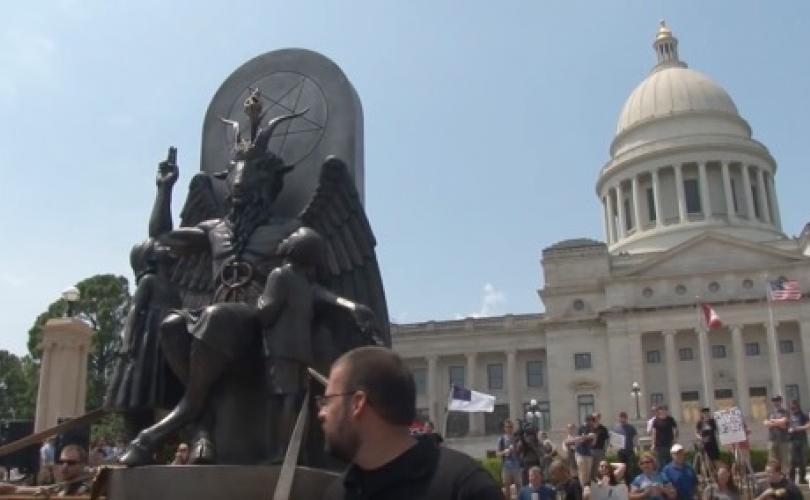 ‘For this reason God gave them up to vile passions. For even their women exchanged the natural use for what is against nature. ‘

“It would be a conservative estimate to say that more than 50 percent of our membership is LGBTQ,” the head of the Satanic Temple said in a recent interview.

Lucien Greaves, who runs the U.S. Satanic Temple, told U.K.-based Attitude magazine, “From the start when one of our early actions was the Pink Mass, a lot of LGBTQ people were looking for another community that didn’t see them as defined by their sexual orientation.”

It appears Greaves was referring to a ritual he performed at the grave of the mother of the leader of the Westboro Baptist Church, a fringe, vehemently anti-Catholic group condemned by pro-family activists for, among other things, reducing people to the sum of their sexual attractions (just as the LGBT lobby does). The “black mass,” meanwhile, is a […]

← Prev: Please Pray for All in the Path of Hurricane Dorian Next: Woman Defends Killing Six Babies in Abortions. “I Didn’t Want [Them] Inside Me” →