Sanders, Harris, Booker, Warren, and Gillibrand Support Abortion. But Will They Support Infanticide? 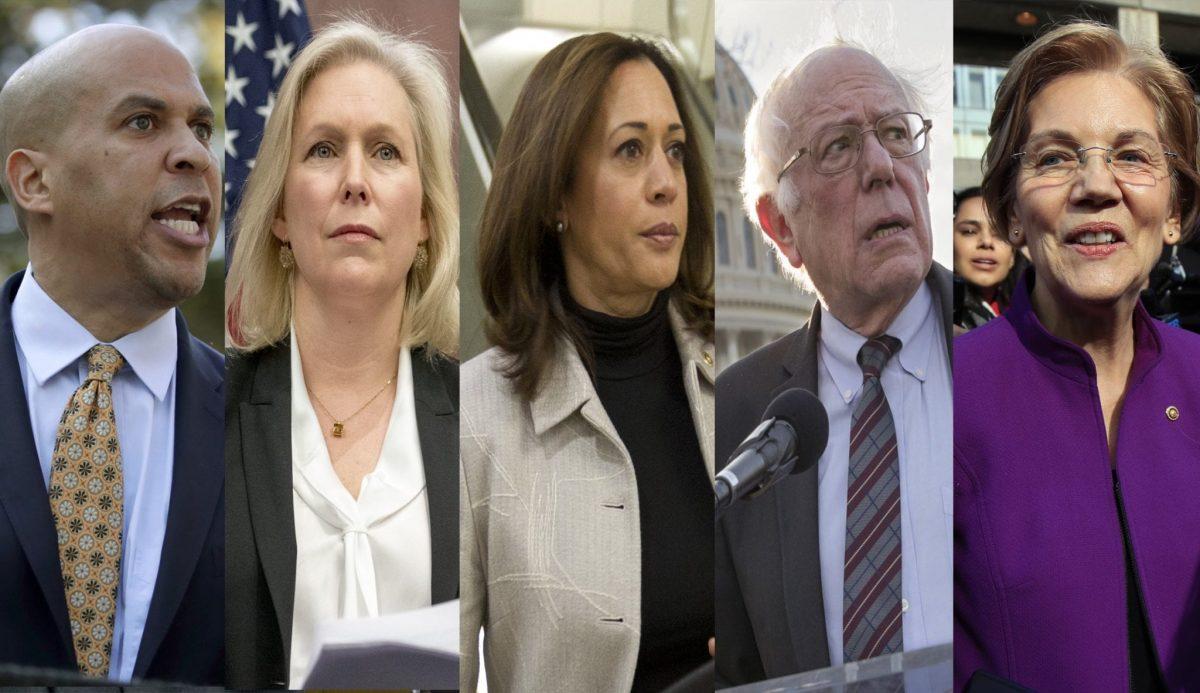 On Monday, the U.S. Senate will have the opportunity to condemn infanticide and protect babies who survive botched abortions. This is an easy and a timely vote.

Just last month, New York repealed its state law protecting newborns who are born alive during failed abortions. After that, the disgraced Governor of Virginia, Ralph Northam, shamelessly defended infanticide, saying that a baby who survived an abortion would be “delivered” and “kept comfortable” before “a discussion would ensue between the physicians and the mother.”

Let’s speak plainly: This is barbaric. The Born-Alive Abortion Survivors Protection Act would do nothing more than require that health care providers offer to a baby who survives an abortion the same level of medical care they would give to any other baby at the same gestational age.

This isn’t about restricting access to abortion. We’re talking about making sure that newborn babies are treated with dignity and receive care whether they’re born in the maternity wing or an abortion clinic. This is the bare minimum in humane treatment.

Monday’s vote should not be difficult. A lot of debates aren’t straightforward. This one is. Standing for the dignity of each and every human being — the very principle that all of us are created equal, even the littlest — should be every public servant’s first responsibility. Indeed, politicians remind us every day that their duty is to care for the poorest, and the weakest, and the most marginalized members of our society.

With the presidential season upon us, quite a few of my Senate colleagues have spoken about this fundamental responsibility in eloquent and unmistakable terms, as they campaign for America’s highest elected office.

On the trail recently, Senator Kamala Harris declared: “The people in our society who are most often targeted by predators are also most often the voiceless and vulnerable.” Quite right.

Senator Cory Booker vowed to “build a country where no one is forgotten, and no one is left behind.” Well said.

Senator Elizabeth Warren launched her campaign by reminding us that “no matter where you live in America, you deserve a path to opportunity.” Agreed.

In no uncertain terms, Senator Kirsten Gillibrand promised to “fight for other people’s kids as hard as I would fight for my own.” Amen to that.

And, while I disagree with Senator Bernie Sanders on just about everything, he is correct when he says that “a great nation is judged… by how it treats the most vulnerable.”

My Democratic colleagues have expressed noble sentiments. They speak to much of what is best in the American character.

Unfortunately, it’s not clear that these declarations are more than just words. Under the sway of a radical abortion industry that dishes out millions of dollars in campaign donations, Democratic politicians who used to think abortion should be “safe, legal, and rare” are now willingly blurring the line between abortion and outright infanticide.

In doing so, they’ve left most Americans — and most of their own party — behind. Earlier this month, a YouGov poll found that an overwhelming majority, including more than three-quarters of Americans who identify as pro-choice, oppose withholding medical care to viable infants.

The Born-Alive Abortion Survivors Protection Act is a simple affirmation of what we all know to be true. Every human being is precious. Every person deserves to be treated with dignity and respect.

If my colleagues can’t say that it’s wrong to leave a living, breathing baby, cold and alone on a table, to die of neglect, then they are not only tacitly endorsing infanticide. They are helping to create a society where some people count more than others, and where the vulnerable are always at the mercy of the powerful.

America is a country that explicitly rejects that proposition. Ours is a country where no life is disposable, because every life is a unique and inexhaustible gift. The Born-Alive Abortion Survivors Protection Act is one small step forward in our commitment to basic human dignity. Public officials, at all levels and in every party, should be able to condemn infanticide and come to the defense of the weakest members of our society. Recognizing the equality of every person shouldn’t be a cheap campaign line. It is a core American promise.

My colleagues know this. They have attested to it eloquently and powerfully in recent weeks. Now is the time to make good on those promises.

When the Senate votes, they have to choose: endorse Governor Northam and infanticide or defend newborn babies.

← Prev: Supreme Court rejects abortion facility’s ‘fishing expedition’ against Texas bishops Next: Woman Has Had 17 Abortions, Will Likely Never Have Kids After Damage to Her Uterus →