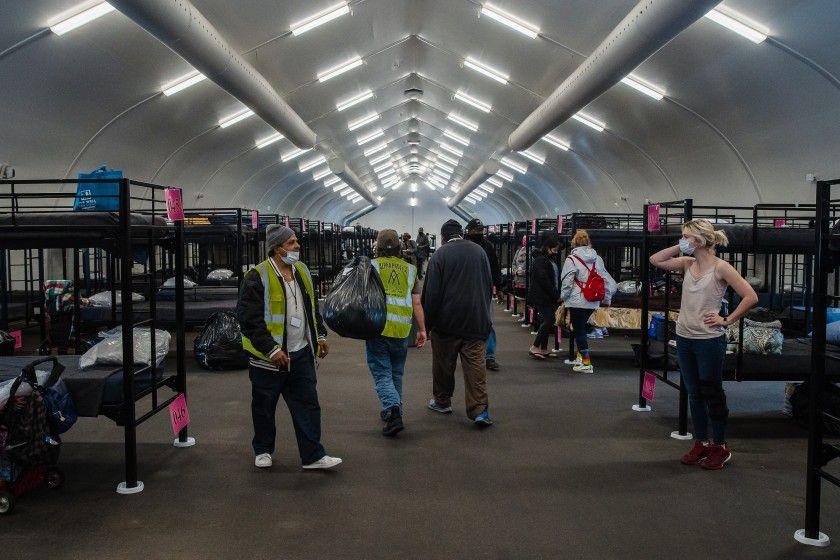 Shocking but true. San Diego Mayor kicks homeless Americans out of the San Diego Convention Center so illegal immigrants can be housed for $10k per month/per detainee at taxpayers’ expense.

Plus, California politicians are asserting illegal immigrants at the San Diego Convention Center have “constitutional rights” to in-person schooling while denying those same rights to our own children!

This is textbook Romans One.

San Diego Mayor kicks homeless Americans out of the San Diego Convention Center so illegal immigrants can be housed for $10k per month/per detainee at taxpayers’ expense. I broke down the cost on @newsmax pic.twitter.com/qsUtcuDmFU

SAN DIEGO (KUSI) – Unaccompanied children began arriving at the San Diego Convention Center this week, where they will stay for roughly a month while they are united with their sponsors. Chairman of Reform California Carl DeMaio joined KUSI to discuss the costs to taxpayers on a federal level, homeless folks kicked out of the Convention Center, and in-person schooling provided for the children.

Click here to view the source of this article www.kusi.com

← Prev: Former Pfizer Chief Scientific Officer on Experimental COVID Injections: “I Have Absolutely no Doubt that we are in the Presence of Evil” Next: Divided Times: Ethnos Against Ethnos Ends At The Cross 'Discern the Sign of the Times' →