Rhode Island Bills Will Legalize Abortions Up to Birth, Including Partial-Birth Abortions 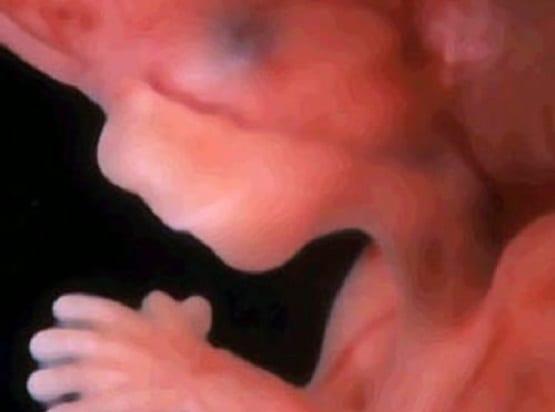 A leading pro-life organization warned that two Rhode Island bills being considered this winter would legalize abortion up to birth even with proposed amendments.

One bill, the Rhode Island Reproductive Health Care Act, co-sponsored by state Rep. Edith H. Ajello, would strip away even minor, common-sense abortion regulations – ones that a strong majority of Americans support. It would eliminate protections for unborn babies, including the partial-birth abortion ban and abortion clinic regulations, and codify Roe v. Wade into state law in case the U.S. Supreme Court overturns the ruling. Planned Parenthood and the American Civil Liberties Union are lobbying for the bill.

A second pro-abortion bill, sponsored by state Rep. Anastasia Williams, similarly would keep the state from passing even minor abortion restrictions by prohibiting any such restrictions before or “after fetal viability when necessary to preserve the health or life” of the mother.

Rhode Island Right to Life, a leading advocate in the fight for unborn babies, said state abortion activists have been deceiving the public.

“Contrary to false assertions by bill proponents and local media, expert legal analysis demonstrates how, among many serious issues, both bills allow for abortion in Rhode Island up to the moment of birth, and for virtually any reason whatsoever,” the pro-life group said this week.

It also warned that several proposed amendments would not do anything to protect unborn babies.

“Multiple sources have privately confirmed to us that abortion proponents are planning an amended (Sub A) version of these bills, likely the Williams bill (H5125),” it said. “They will falsely claim that the cleverly and deceptively amended language resolves many of the problems we have demonstrated. Some abortion activists may even publicly pretend opposition as a ruse for assisting its passage.”

The pro-life group urged people to call their lawmakers and urge them to oppose both bills, as well as the worthless amendments.

While both bills appear to allow restrictions for late-term abortions, they add a broad “health” exception for abortions after viability. The exception would allow women to abort unborn babies up to nine months of pregnancy for basically any “health” reason, including “age, economic, social and emotional factors,” a definition given by the U.S. Supreme Court in the case Doe v. Bolton.

Gov. Gina Raimondo, who claims to be Catholic, has been pushing for the legislation. Writing to state Rep. Robert Craven, chair of the state House Committee on the Judiciary, she said she “strongly supports” Ajello’s bill, state House Bill 5127.

“I believe that no one should get in the middle of a decision between a woman and her doctor and that no woman should have to choose between health care and making ends meet,” she wrote.

Raimondo claimed that everyone wants to reduce unwanted pregnancies and abortions, but the legislation that she supports would do the opposite.

If either bill passes, America could see abortion rates rise after a steady decline for decades. Both are similar to a New York law that Gov. Andrew Cuomo signed in January, legalizing abortion for basically any reason up to birth. The Vermont, Massachusetts and New Mexico legislatures also are considering bills this winter to expand late-term abortions.

ACTION: Contact the Rhode Island legislature to oppose this bill. And contact Gov. Gina Raimondo to oppose the bill.

← Prev: Pastor Calls for National Strike February 23rd to Protest NY Law for Abortions Up to Birth Next: 24% of OBGYNs Have Killed a Baby in an Abortion, And the Number is Rising →