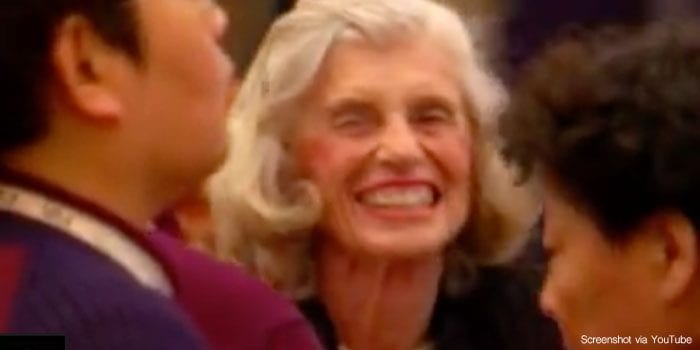 The pro-abortion media has sold abortion as a “women’s rights” issue. But a look back at history shows that many women stood against liberalizing abortion laws. Eunice Kennedy Shriver was one of those women who made pro-life history.

This kind feminist woman was born into a well-known family, and despite the politics of her day, she stood firm in her support for life and for the dignity of every person, including the disabled. 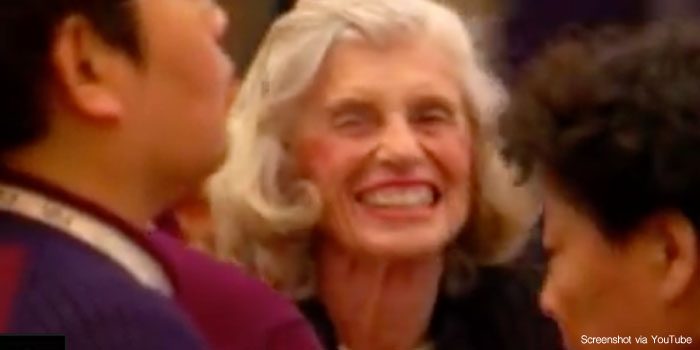 Eunice Kennedy Shriver was the founder of the Special Olympics and the sister of President John F. Kennedy and Senators Robert and Edward Kennedy. But what isn’t always publicized is that she was also an advocate for preborn human beings.

Shriver was married to Sargent Shriver, the 1972 Democrat nominee for Vice President, and was an early supporter of Democrats for Life, Feminists for Life, and the Susan B Anthony List. Eunice was moved to speak out on behalf of her disabled sister, Rosemary, whom she said in 2007 was “treated with unbearable rejection.”

This vocal feminist confronted political and social justice until her death in August of 2009. Her goal was to “make the world safe for people with intellectual disabilities and safe for human dignity.”

Following her death, journalist Terry Mattingly recounted Shriver’s pro-life beliefs, writing, “[E]lite journalists failed to connect the dots between Shriver’s fierce activism on behalf of children facing disabilities and her commitment to defending the lives of the unborn, including babies with Down Syndrome and other genetic flaws.”

In 1972, a year before the Supreme Court ruled on the Roe v. Wade decision, Shriver penned a letter to the editor of the New York Times condemning Rockefeller’s commission on abortion, calling it “disturbing”:

The lack of any discussion about the ethical implications of the Rockefeller Commission’s recommendations concerning abortion, sterilization and the disseminating of contraceptives to all individuals regardless of age, is disturbing to those of us parents who know that our children have great potential for ideals, sacrifice and belief in God.

Shriver went on to point out that “the commission report never discusses the implications for statutory rape laws. As the report is written, with the omissions of age restrictions, teenagers can sign away their ability to reproduce before they can even legally contract marriage.” Shriver turned out to be correct, as minors today can obtain abortions without parental involvement in many states, potentially unknowingly willing away their own future fertility.

She excoriated the New York Times for signing onto the Commission’s recommendations, saying, “It seems to approve of the Commission’s statement that, ‘abortion is not to be considered a primary means of fertility control.’ But if there is nothing ethically wrong with abortion, one may well ask why there is anything wrong with considering it a primary means of fertility control….”

In 1990, after the National Abortion Rights Action League (NARAL) used a quote from John F. Kennedy to push abortion, Eunice was irate, and publicly rebuked NARAL for it. In her statement, she also noted, “The right to life of a newly conceived fetus is a value held by many people who are not Catholic.”

READ: Quotes from pro-life feminists: then and now

Shortly after Shriver’s death, journalist Ross Douthat wrote in the New York Times that Shriver had attempted “to push the Democratic Party away from abortion on demand, petitioning her party’s convention to consider ‘a new understanding’ of the issue, one that “does not pit mother against child,” but instead seeks “policies that responsibly protect and advance the interest of mothers and their children, both before and after birth.”

Shriver and her husband had signed onto a full page advertisement in the New York Times entitled, “A new American compact: Caring about women, caring for the unborn.” It read in part:

Those who approve of our current abortion regime sometimes claim that the child in the womb is simply an undifferentiated mass of tissue…. But modern embryology and fetology exploded such pseudoscience long before Roe. Today, the sonogram has given us a veritable window into the womb and has enabled us to observe, in detail, the complex life of the child prior to birth… Advocates of unrestricted abortion do not want the public to focus on these undeniable facts of fetal development…. They make plain that abortion is a violent act, not against “potential life,” but against a living, growing human being a life with potential.

The video below, narrated by former abortionist Dr. Anthony Levatino, shows very clearly that abortion is a “violent act,” as the ad stated:

In 1984, President Ronald Reagan awarded Shriver the Medal of Freedom.

The official tribute at Eunice’s funeral from her family read, “Inspired by her love of God, her devotion to her family and her relentless belief in the dignity and worth of every human life, she worked without ceasing.”