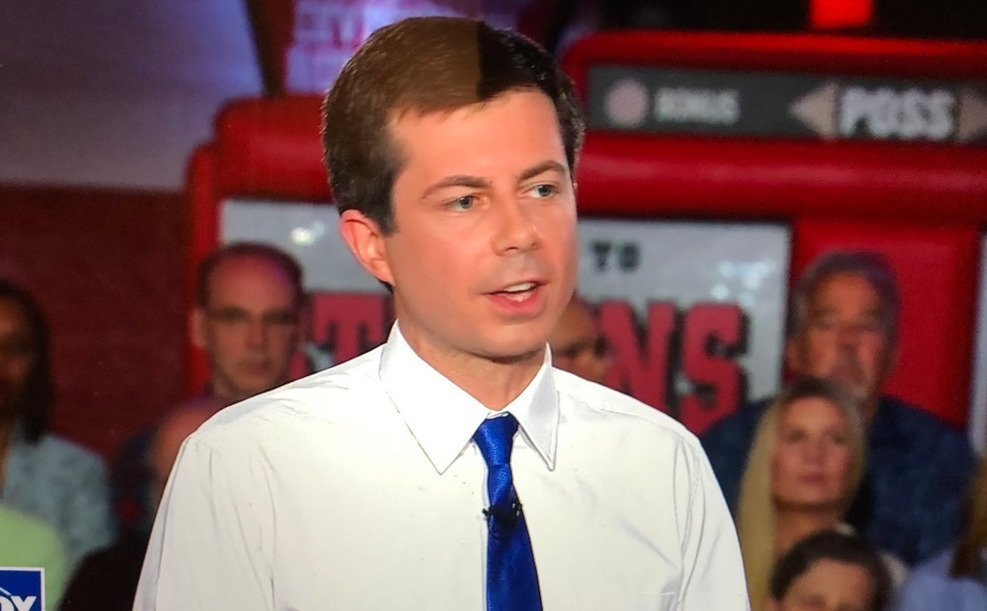 The South Bend, Indiana mayor will release the new ad Tuesday in South Carolina, where internal focus groups conducted by Buttigieg’s campaign found that black voters see the mayor’s sexuality as a “barrier.” The 30-second television ad, titled “Welcomed Me,” includes clips of a speech Buttigieg gave last month at the Iowa Democratic Party’s Liberty and Justice Celebration, in which he quoted from the Bible.

“In our White House, you won’t have to shake your head and ask yourself, ‘Whatever happened to I was hungry and you fed me, I was a stranger and you welcomed me,” Buttigieg says in the very first moments of the ad. The South Bend mayor’s words come from the twenty-fifth chapter of Mathew, verse 35.

Buttigieg frequently touts his Christian faith on the campaign trail. During CNN’s LGBTQ forum in October, the South Bend mayor said that the Christian view of LGBTQ people sometimes “makes God smaller” and that his marriage to his husband Chasten Buttigieg has made him to be “more able to be true” to his faith.

Buttigieg also supports abortion under almost every circumstance.  In a September podcast with “The Breakfast Club,” Buttigieg suggested that unborn babies can be aborted up until they draw their first breath, saying parts of the Bible mention “how life begins with breath.”

Buttigieg discussed how the Bible talks about life beginning with breath, and suggested this would be one way to determine when life began in relation to abortion debates.

“Then again, there’s a lot of parts of the Bible that talk about how life begins with breath, and so even that is something that we can interpret differently,” the South Bend mayor said.

Buttigieg has promised that as president of the United States, he would codify Roe v. Wade, require judicial nominees to support Roe as settled law, repeal the Hyde Amendment, require private insurers to cover abortion and contraception, make abortion drugs and birth control available over the counter, ban abstinence-only sex ed, and preserve Planned Parenthood funding. He has also said he would not even consider a running mate who opposes abortion.

The ad will run in South Carolina, where a 21-page report the Benenson Strategy Group conducted examined black Democratic South Carolina voters in mid-July and found that “being gay was a barrier for these voters, particularly for the men who seemed deeply uncomfortable even discussing it. … [T]heir preference is for his sexuality to not be front and center.”

The report found that though Buttigieg’s sexuality is not a “disqualifier” for these voters, they are confused about why Buttigieg brought his sexuality up.

“I’ll go ahead and say it,” one male participant said, according to the State. “I don’t like the fact that he threw out there that he lives with his husband.”

“That’s not my thing but I wouldn’t want to know that as a candidate,” said another participant, who is female and under 40, the publication reported. “Too much information.”

The report also found that participants in the focus groups worried that foreign leaders might not accept a gay president.

The Buttigieg campaign did not respond to a request for comment from the Daily Caller News Foundation.