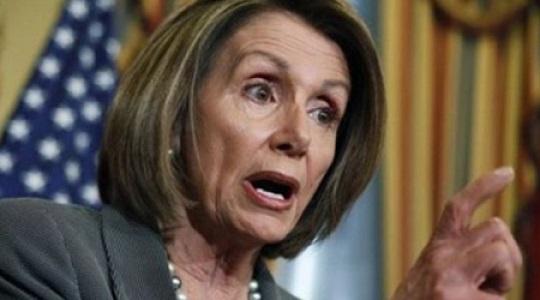 Speaker of the House Nancy Pelosi made it clear that abortion is a top priority this week by inviting Planned Parenthood’s new CEO to President Donald Trump’s State of the Union Address.

Leana Wen runs the largest abortion chain in America. She recently admitted that abortion is Planned Parenthood’s “core mission.” And it spends huge amounts to keep pro-abortion Democrats like Pelosi in power.

On Tuesday, Wen announced that she is Pelosi’s guest to the Tuesday night presidential address.

“As an immigrant, a mother, a doctor, and the president of Planned Parenthood, I am honored to attend the State of the Union as the guest of Speaker Pelosi — who throughout her illustrious career has been a staunch champion for women’s rights, immigrant rights, voting rights, and universal access to health care,” Wen said in a statement.

As an immigrant, a mother, a doctor & the President of @PPFA, I am honored to attend #SOTU as the guest of @SpeakerPelosi, who is a staunch champion for women’s rights, immigrant rights, voting rights & universal access to health care throughout her career https://t.co/1TOgEY9yQw

But unborn babies do not count as people or even human beings to Planned Parenthood or Pelosi. Wen’s group aborts more than 330,000 unborn babies every year, and receives about half a billion tax dollars annually.

Planned Parenthood uses its huge income (a record $1.66 billion in revenue in 2018) to keep it that way. Its political arm spent $50 million supporting pro-abortion candidates in 2018 alone.

Pelosi has been a faithful politician for the abortion industry, even going so far as to call late-term abortions “sacred ground.” As Speaker of the House, she already has attempted to dismantle the pro-life policies of the Trump Administration and restore cuts that it made to Planned Parenthood and other abortion businesses.

In December, she blatantly told RollCall that “women’s reproductive health” – a phrase that means unrestricted abortion up to birth – will be her priority.

Ironically, Pelosi surrounded herself with children when she was sworn in as speaker in January. She even chanted, “Go, kids! Go kids!” as she took the gavel. But it’s clear that Pelosi’s priorities are not children, or immigrants or even voters. It’s the abortion industry.

← Prev: Mitch McConnell: Democrats Can Run But They Can’t Hide, We Will Make Them Go on Record Defending Infanticide Next: Radical Change of Substance in Evangelicalism Making it Unrecognizable →