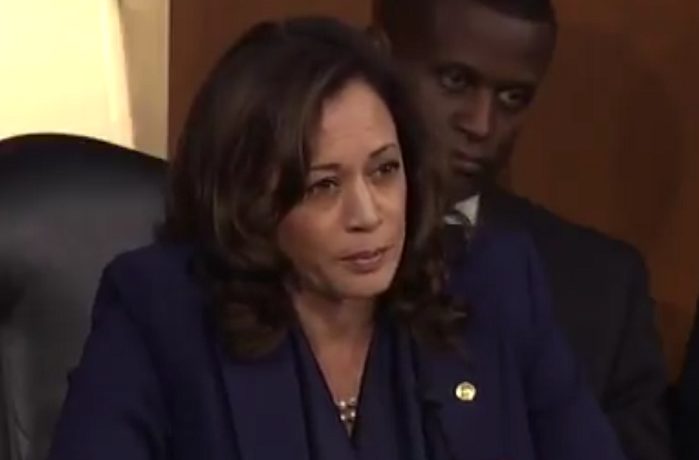 Democratic presidential candidate Kamala Harris came out strongly in favor of gun control with a statement that sounded like something that would have been uttered by a pro-life leader.

Harris condemned a society in which babies are being slaughtered. The irony of course is that Harris’s support abortions up to birth and recently voted to support infanticide.

Kamala Harris: “We cannot tolerate a society and live in a country with any level of pride when our babies are being slaughtered.”

But you support abortions up to birth and voted for infanticide.https://t.co/dbayMLMIT3pic.twitter.com/rYVCJCSQ6x

Every single Democrat in the Senate who is running for president voted against a bill that would stop infanticide and provide medical care and treatment for babies who are born alive after botched abortions. That included Harris.

And the California senator is fully on board with the abortions up to birth agenda.

Harris defended abortions up to birth saying she supports women making the decision whether or not to terminate the life of their unborn baby even if that abortion occurs just before birth. She would not say if abortion was ever immoral.

The comments are no surprise given that Harris voted for infanticide and has co-sponsored a radical pro-abortion bill that would have legalized abortions for basically any reason up to birth. The so-called “Women’s Health Protection Act” was introduced in Congress in 2017, with dozens of Democrat sponsors, including Harris and presidential candidates Elizabeth Warren, Cory Booker, Beto O’Rourke, Kristen Gillibrand and Bernie Sanders.

Nicknamed the “Abortion Without Limits Until Birth Act” by pro-life groups, the bill would have invalidated nearly all state and federal abortion regulations, including waiting periods, informed consent requirements, bans on late-term abortions and sex-selection abortions and more.

Polls indicate that legislation like the bill, which was similar to New York’s radical new pro-abortion law, is strongly opposed by voters. A new Susan B. Anthony List poll found that 77 percent of likely voters support legislation to protect infants born alive after botched abortions. It also found that 62 percent oppose bills to expand late-term abortions. Polls by Gallup and Marist have found similar results.

SIGN THE PETITION Stop Infanticide! Stop Abortions Up to Birth!

Harris has a long track record promoting abortion and has recently come under fire for calling a pro-life Catholic nominee an “extremist” simply because he is a member of a Catholic group.

Harris is so extreme one abortion that she has received awards for her abortion advocacy.