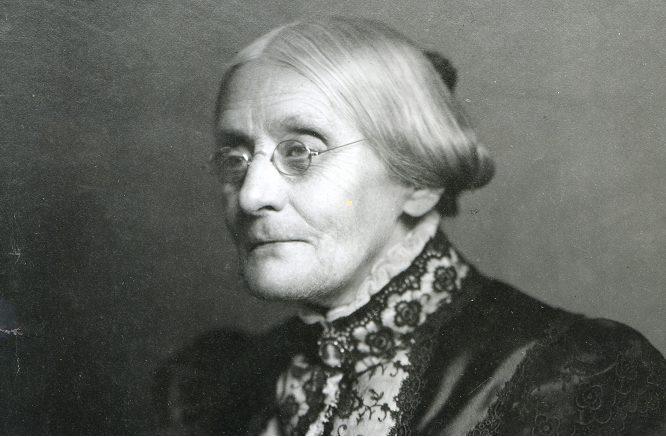 President Donald Trump today marked the birthday of pro-life women’s suffragist leader Susan B. Anthony. In his proclamation, Trump said her pursuit for equal rights and equality for women also included respect for all human life — including unborn children.

Today, we commemorate the birthday of Susan B. Anthony, an American champion of civil liberties and women’s rights. Susan B. Anthony was a steadfast advocate for the founding principles of our Nation. She advocated tirelessly for life, liberty, and equality for all Americans, regardless of sex, and she is best remembered for her role in the women’s suffrage movement. The right to vote for women was enshrined in the Constitution with the ratification of the 19th Amendment in 1920.

Susan B. Anthony’s crusade for equal rights has benefited every subsequent generation of Americans. Since her death in 1906, women and minorities in every realm of commerce, culture, and industry have shattered barriers and made indelible contributions to our country’s security, prosperity, and way of life. Today, more women and minorities are serving in Congress than ever before, and in every facet of society women are role models and innovators, inspiring others to pursue their dreams without hesitation.

We must also never forget that Susan B. Anthony’s pursuit for equal rights demands respect for all human life, including innocent unborn babies. We must cherish innocent life, secure equal rights for all people, and relentlessly extend those protections to our most vulnerable.

On this day, we honor the legacy and accomplishments of Susan B. Anthony. Her tireless dedication to the empowerment of women changed the course of our Nation’s history. We celebrate the immeasurable achievements of women throughout our history and reaffirm our commitment to advancing equal opportunity for all Americans.

Anthony’s paper, The Revolution, published a number of editorials against abortion during its run from 1868 to 1872.

According to the research of Mary Krane Derr, a lifelong member of Feminists for Life who wrote the book Pro-Life Feminism: Yesterday and Today, The Revolution refused to publish ads for abortifacients. In the late 1800s, pills and pessaries were sold by unscrupulous abortion practitioners through euphemistic ads, labeling these products as for “the remedy of illnesses peculiar to women, ” “restoration of female regularity” and “correction of menstrual suppression.”

During The Revolution’s run, many newspapers and publications ran ads for such products, and such businesses proliferated even though abortion was technically illegal at the time (see reproductions of some of these ads that appeared in New York newspapers). These ads were lucrative for many newspapers of the time; however, Anthony and her colleagues steadfastly refused to accept them for The Revolution’s entire run.

Anthony is credited by some scholars with writing one of the most powerful anti-abortion articles ever to appear in The Revolution; however, the article was published with only her initial, leading some to argue that it she was not in fact the author. The article, entitled “Child Murder” included the following:

Guilty? Yes no matter what the motive, love of ease, or desire to save from suffering the unborn innocent, the woman is awfully guilty who commits the deed. It will burden her conscience in life, it will burden her soul in death; but oh! Thrice guilty is he who, for selfish gratification, heedless of her prayers, indifferent to her fate, drove her to the desperation which impels her to the crime. The Revolution, 4(1):4 July 8, 1869

The prosecution on our courts for breach of promise, divorce, adultery, bigamy, seduction, rape; the newspaper reports every day of the year of scandals and outrages, of wife murderers and paramour shootings, of abortions and infanticides, are perpetual reminders of men’s incapacity to cope successfully with this monster evil of society.

Anthony lumped abortion and with many other social evils.

← Prev: Planned Parenthood Celebrates Abortion on Valentine’s Day: “Let’s Have a Romantic Day” Killing Babies Next: Trucks not Trains. Incineration Plants instead of Ovens. Systematic Murder of the Unborn →