President Trump Slams Virginia Governor Who Supported Infanticide: He Would “Execute the Baby!” 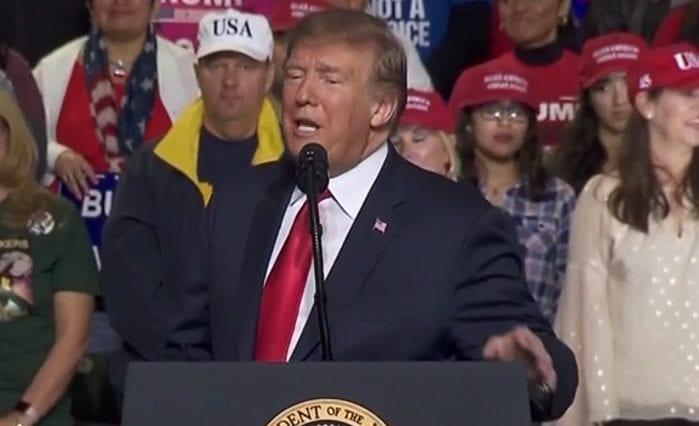 Fresh from his well-received pro-life remarks during the State of the Union address, President Donald Trump once again condemned the Democrat governor of Virginia for his support of infanticide.

Trump slammed Gov. Ralph Northam, who said on radio show that parents and doctors can have a conversation about whether to revive a baby who survived an abortion. Northam later defended his pro-infanticide remarks. Northam apparently thinks it’s okay to kill a baby once the infant is fully delivered.

Later Northam doubled down on his support for infanticide via a spokesman, who essentially said the governor was only talking about infanticide in cases of disabled babies. Then Northam said he had no apologies for promoting infanticide.

Yesterday, during a speech on border security, Trump castigated Northam, saying, “the governor stated that he would even allow a newborn baby to come out into the world, and wrap the baby and make the baby comfortable, and then talk to the mother and talk to the father, and then execute the baby. Execute the baby!”

The remarks drew massive boos from the large audience.

“Millions of innocent, beautiful babies are counting on us to protect them, and we will,” Trump said.

Trump added that he has called on Congress to come up with a bill that would ban late-term abortions.

President Trump used his State of the Union to condemn democratic efforts to push abortion laws toward legal infanticide.