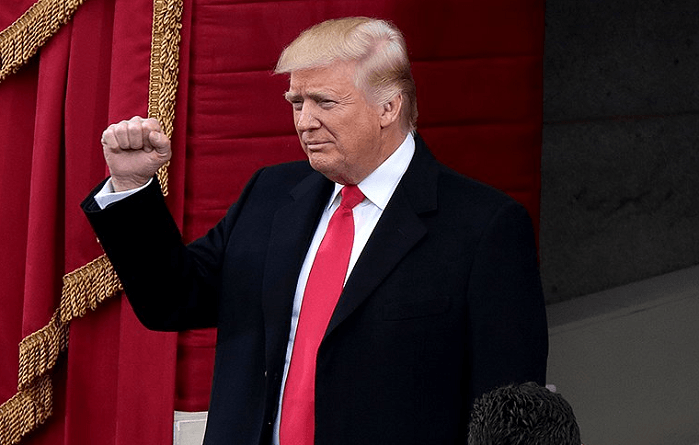 President Donald Trump suggested Monday morning that his campaign’s biggest concern is not Democrats but rather the “Fake News Media.”

“The LameStream Media has gone totally CRAZY! They write whatever they want, seldom have sources (even though they say they do), never do ‘fact checking’ anymore, and are only looking for the ‘kill.’ They take good news and make it bad. They are now beyond Fake, they are Corrupt..” he told his Twitter followers.

The LameStream Media has gone totally CRAZY! They write whatever they want, seldom have sources (even though they say they do), never do “fact checking” anymore, and are only looking for the “kill.” They take good news and make it bad. They are now beyond Fake, they are Corrupt..

Trump added in a follow-up tweet: “….The good news is that we are winning. Our real opponent is not the Democrats, or the dwindling number of Republicans that lost their way and got left behind, our primary opponent is the Fake News Media.”

His comments come as Hurricane Dorian bears down on the East Coast and a day after a man shot and killed seven people in Odessa, TX.

The president did not cite any specific media outlet, but a report in Axios Saturday suggested the Trump campaign is intent on making Big Tech’s supposed conservative bias a focal part of Trump’s 2020 reelection bid. The report cited an anonymous source inside the administration and included quotes from the official.

Many legacy media outlets have been on the receiving end of Trump’s barbs throughout the past year. He’s also gone after Fox News, a news outlet generally perceived as supportive of Trump and other conservatives.

“Never thought I’d say this but I think [John Roberts] and [Gillian Turner] [Fox News] have even less understanding of the Wall negotiations than the folks at FAKE NEWS CNN [and] NBC! Look to final results! Don’t know how my poll numbers are so good, especially up 19% with Hispanics?” Trump wrote in January of Fox News coverage of his ongoing negotiations for a southern wall.

LifeNews Note: Chris White writes for Daily Caller. Content created by The Daily Caller News Foundation is available without charge to any eligible news publisher that can provide a large audience.