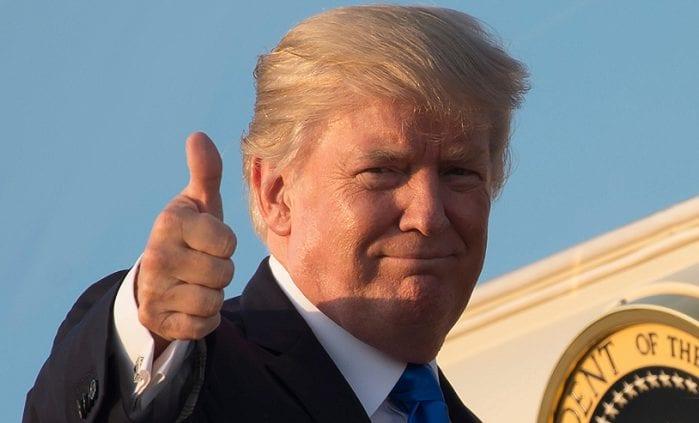 Politico ran an unflattering article about the personal exchange between Trump and U.S. Sen. Chris Coons of Delaware during a private dinner at the White House. It cited unnamed witnesses who claimed Trump “pounced” on Coons for not supporting unborn babies’ lives.

In the past month, Trump has become increasingly strong in his advocacy for unborn babies and censure of Democrats for pushing legalized abortion up to birth. He called out the governors of Virginia and New York for their radical pro-abortion positions and the Democratic Party for blocking bills to stop infanticide.

Coons has a 100-percent pro-abortion voting record and twice voted against bills to prohibit late-term abortions after 20 weeks, according to the National Right to Life Committee. He also claims to be a devout Christian.

But it is Trump’s position in support of the unborn that the mainstream media does not like. Politico described the president’s exchange with Coons as “tense” and claimed three unnamed witnesses saw Trump “in his face” as he asked Coons to defend his support of abortion on demand.

Trump leaned in close to Coons, who calls himself “a practicing Christian and a devout Presbyterian,” and laced into the Democratic senator over controversial moves to change statewide policies on abortion that have roiled New York and Virginia politics in recent weeks. “He was in his face about it,” said one person familiar with the exchange. The person described Trump as extremely “worked up.”

“He saw a Democrat in the room, a Democrat who’s known to be a person of faith, and he was like, ‘Why aren’t you speaking out about this?’” the source added.

Another source who was in the room confirmed the account, describing the moment as both “awkward” and attention-grabbing. Rarely has Trump been so vocal about abortion when the masses aren’t watching, this person said. (A Coons spokesman declined to comment.)

However, U.S. Sen. James Lankford, a pro-life Republican from Oklahoma, said he also witnessed the exchange, and the description is not accurate.

“I was in that dinner,” Lankford responded to the article. “POTUS did not ‘lace into Coons’ he was not ‘in his face’ and POTUS was not ‘worked up.’ There was a conversation about abortion but POTUS simply asked a question to understand Sen Coons perspective.”

A spokesperson for the White House also defended the interaction, saying it demonstrated how Trump “genuinely views abortion… and isn’t afraid to make the Democrats defend their extreme positions.”

Right now, Coons and most of his fellow Democratic Party members are blocking bills in the U.S. House and Senate to protect newborns from infanticide. The Born Alive Abortion Survivors Protection Act is not extreme. It merely requires that babies born alive after failed abortions receive the same basic medical treatment as any other baby born at that gestational age.

And while the mainstream media has failed to call out Democrats’ extremism, Trump has not.

“The governor stated that he would even allow a newborn baby to come out into the world, and wrap the baby, and make the baby comfortable, and then talk to the mother and talk to the father and then execute the baby. Execute the baby!” Trump said, paraphrasing Northam’s remarks.

During his State of the Union Address, Trump also slammed pro-abortion Democrats for supporting abortion up to birth and infanticide.

“There could be no greater contrast to the beautiful image of a mother holding her infant child than the chilling displays our nation saw in recent days,” Trump said. “Lawmakers in New York cheered with delight upon the passage of legislation that would allow a baby to be ripped from the mother’s womb moments before birth. These are living, feeling, beautiful babies who will never get the chance to share their love and dreams with the world.”

He called for Congress to pass a ban on late-term abortions on babies who are capable of feeling pain.