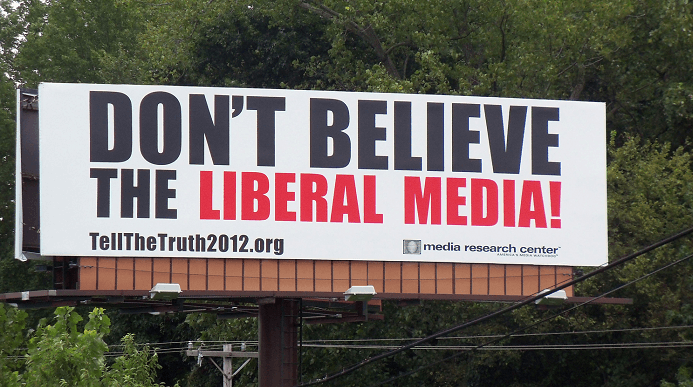 A new poll from Rasmussen Reports reveals most American voters believe that journalists are more liberal than they are, and deserve scrutiny, despite fervent objections from The New York Times.

There’s even more bad news for the liberal media: the majority also agreed President Trump’s attacks on the press were “appropriate.”

According to the poll conducted August 26-27th by Rasmussen, most voters think journalists deserve to be scrutinized as public figures: “61% of Likely U.S. Voters think reporters at major news organizations like CNN, Fox News and the New York Times are public figures who deserve the same level of scrutiny as the people they cover.”

The survey also revealed that more people agree with President Trump’s treatment of the press than don’t:

“Just over half (51%) say it is appropriate for elected officials to criticize specific reporters and news organizations. Thirty-nine percent (39%), however, view such criticism as a threat to freedom of the press.”

Even more interesting is that number has risen from 48%, in February of 2017, perhaps a sign the media’s attacks on the President has backfired against them.

As Paul Bedard from the Washington Examiner analyzed, this finding couldn’t come at a worse time for the media: “The survey is an indictment of the media at a time when liberal outlets such as CNN and the New York Times are stepping up their attack on President Trump and congressional Republicans.”

This poll comes on the heels of New York Times’ editor Tom Wright-Piersanti coming under fire for his resurfaced offensive tweets. Last year at this time, the paper hired a racist, anti-white writer to their editorial board and her social media history was also heavily criticized. The Times of course, did nothing to these journalists. They did however react in outrage at the notion that their own reporters’ offensive social media histories could be exposed, while they hypocritically approved and encouraged doxxing anyone else they disagree with politically, (even retirees and victims of school shootings.)