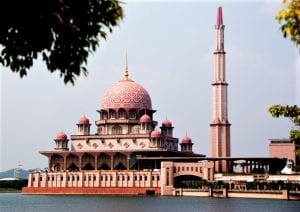 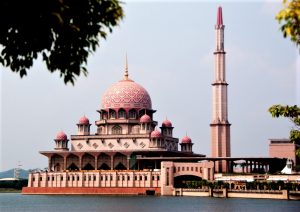 (Morning Star News) – A human rights committee in Malaysia has concluded that police officers were responsible for the 2017 disappearance of Pastor Raymond Koh, according to published reports.

The prime minister of Malaysia told reporters late Wednesday (April 3) that the government would investigate the abduction of the pastor and the 2016 disappearance of a Shiite charity leader if it determines the committee’s conclusion that police abducted them is factually based.

Prime Minister Mahathir Mohamad said the National Human Rights Commission must have evidence to support its conclusion that the special branch of police forced Pastor Koh into a car in Selangor state on Feb. 13, 2017. He has not been seen since. The commission also concluded that the special branch was responsible for the Nov. 24, 2016 disappearance of Amri Che Mat, the Shiite leader of a charity in the officially Sunni Islam country.

Asserting that police cannot be allowed to break the law, the National Evangelical Christian Fellowship called on officials to reopen the investigation into the “heinous injustice” against the two religious leaders, the AP reported.

The National Human Rights Commission announced on Wednesday (April 3) that its two-year investigation showed direct and circumstantial evidence that the two religious leaders were victims of “enforced disappearance by state agents” involving the special branch.

The retired judge who headed the commission’s inquiry, Mah Weng Kwai, said Thursday (April 4) that police were reluctant to cooperate but that circumstantial evidence in both cases strongly pointed to police involvement, which he called “heinous and despicable,” according to the AP.

Mah said the three-member commission had done “sufficient fact-finding” to warrant a further government investigation, the AP reported, and that the onus was on the government to prove that officers were not involved.

The commission noted that both men were targeted by religious authorities and police, and that they were abducted in similar ways, according to the AP, which reported, “Their cars were blocked by several four-wheel drive vehicles before they were swiftly seized by men in black wearing ski masks.”

The commission stated that it also expects to investigate the disappearance of Joshua Hilmi and his wife Ruth Hilmi, evangelists and converts from Islam who disappeared six days after Amri did in 2016.

Prior to their disappearances, Amri Che Mat and Pastor Koh were under direct surveillance, according to the inquiry, Christian Solidarity Worldwide (CSW) noted in a statement. The commission concluded that both men were “individuals targeted by religious authorities and the police on allegations that they were involved in matters against Islam in Malaysia,” according to CSW.

Closed Circuit TV footage shows Pastor Koh was taken from his car by 15 men dressed in black clothes and balaclavas who surrounded his vehicle in three black cars.

Pastor Koh, previously a pastor at the Evangelical Free Church in Petaling Jaya, founded Harapan Komuniti (Hope Community), a non-profit organization that undertakes social and charity work among marginalized and underprivileged communities, including people living with HIV/AIDS, recovering drug addicts, single mothers and their children, according to CSW.

In 2011, 30 officers from the Selangor Islamic Religious Department (JAIS) raided a dinner organized by Hope Community and accused those present of “proselytizing Muslims.” No charges were filed, but Pastor Koh’s family later received death threats, according to CSW.

Prime Minister Mahathir has said that national police chief Mohamad Fuzi Harun will be allowed to retire soon, and that a new police chief could investigate him later, according to the AP. Fuzi had made no comment at this writing.

Malaysia’s population is about 61 percent Muslim, the official religion is Islam, and there are signs that hard-line Islamist influences are growing. With Islam as the state religion, the government provides financial support to Islamic establishments and enforces the tenets of Sunni Islam. State governments have fined or imprisoned Muslims who have tried to convert out of Islam.

“We urge the government of Malaysia to act swiftly to ensure that the recommendations are implemented fully and effectively,” CSW Chief Executive Mervyn Thomas said in a statement. “We call on the Malaysian authorities to do everything possible to establish the truth about the whereabouts and well-being of Pastor Raymond Koh and Amri Che Mat and ensure that such incidents never recur. Enforced disappearances have absolutely no place in a civilized, democratic society where the rule of law should be respected and fundamental human rights upheld.”

Malaysia ranked 42nd on Christian support organization Open Doors’ 2019 World Watch List of the countries where it is most difficult to be a Christian.

Go to Source
Author: The Editor