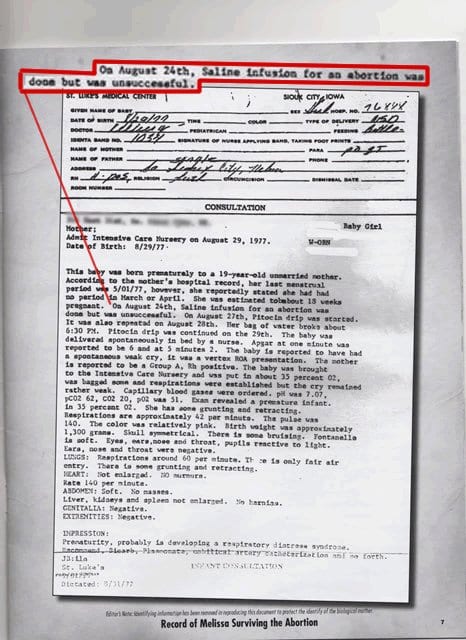 Pro-abortion Senators voted against a bill this week that would require that medical care be given to infants who survive abortions. A majority of Senators voted in favor of the Born-Alive Abortion Survivors Protection Act with 53 supporting it and 44 against it, but it needed 60 votes to pass. Planned Parenthood was against the bill, claiming that abortions don’t happen up until birth, nor are infants allowed to die without medical care after birth — but their own tweets prove otherwise, as pointed out by the pro-life Susan B. Anthony List. In a series of tweets, SBA List is spreading the word that over 270 people have survived abortions. Live Action News has reported that the number is much higher than that, based on CDC records.

“Born-Alive Abortions DO happen,” said the SBA List. And there is proof of this, from Live Action’s undercover videos to the conviction of late-term abortionist Kermit Gosnell (who killed countless babies who were born alive after abortions) to the abortion survivors who speak out today as pro-life activists. Click here to read the entire thread.

THREAD: Born-Alive Abortions DO happen. Planned Parenthood and @TheDemocrats DEFEND this practice. Here’s the proof:@PPACT: “There is no such thing as abortion until or after birth.” https://t.co/ZTF85b3pqs#BornAliveAct #ProLife #CPAC2019 #WhatMakesAmericaGreat

The SBA List tweeted, “Planned Parenthood and @TheDemocrats DEFEND this practice. Here’s the proof.” What follows are PPACT tweets denying that abortion survivors exist — and the clear proof that they do.

“There is no such thing as abortion until or after birth,” reads one PPACT tweet, denying the very existence of late-term abortion and abortion survivors. Yet in an accompanying tweet, PPACT sang a different tune.

“Today’s NO vote was a vote to protect women and women’s rights to reproductive freedom,” tweeted PPACT. “A YES vote would have criminalized doctors.”

A suction machine 29 times stronger than a household vacuum was used to end his life. He survived the abortion attempt, but with a disfigured arm.

READ: Heartbreaking: Infant who survived abortion cried while he was left to die

The fact is that babies do survive abortions. SBA List shared the stories of four abortion survivors on Twitter for all to see.

Melissa Ohden survived a saline abortion in 1977 — and documentation from St. Luke’s Hospital in Sioux City, Iowa, states this fact. 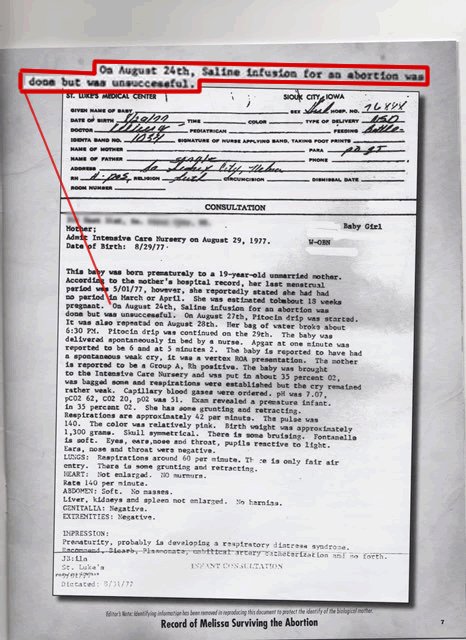 Melissa Ohden’s hospital document stating she was born after a failed saline abortion. From SBA List.

“On August 24th, Saline infusion for an abortion was done but was unsuccessful,” states the report. “[…] The baby was delivered spontaneously in bed by a nurse. […] The baby was brought to the Intensive Care Nursery and was put in about 35 percent O2, was bagged .. and respirations were established but the cry remained rather weak.”

Melissa, whom doctors believe to have reached 31 weeks gestation, had survived the attempt on her life and went on to be adopted. She is now a pro-life activist. 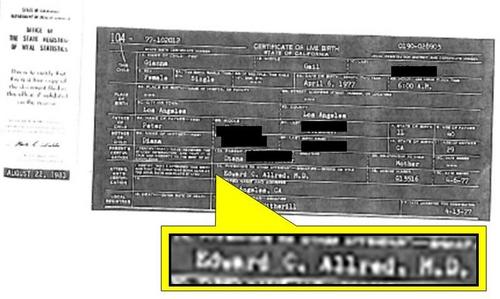 Gianna Jessen’s medical records showing the abortionist as the doctor who delivered her. From SBA List.

Another abortion survivor, Gianna Jessen, is also now a pro-life activist. The medical records from her birth state that she was born during a saline abortion, and lists abortionist Edward C. Allred, M.D. as the doctor. 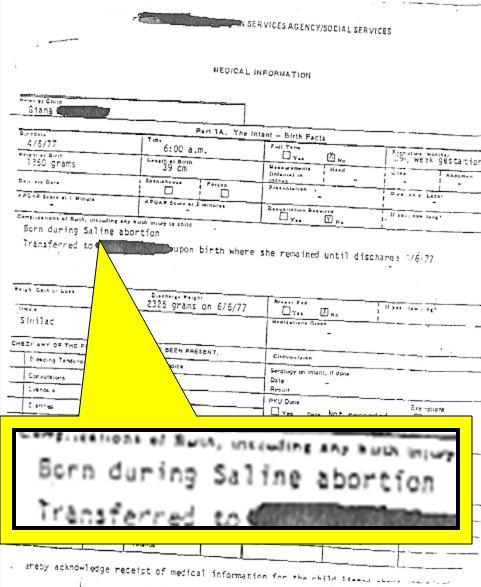 But while pro-abortion Democrats and PPACT deny that these abortions even happen after viability on healthy babies, they’ve been caught admitting that they know that they actually do happen — like Virginia State Rep. Kathy Tran, admitting that her expansive abortion bill (which failed) allowed for abortions up until birth.

SBA List also shared a video of PPACT lobbyist Alisa Lapolt Snow said that whether or not the child received medical care would be up to the mother and the abortionist.

Clearly, abortion survivors do exist and abortions are done on healthy babies who are completely viable. Why is PPACT denying this? If Americans were to learn about the babies surviving abortions or dying outside the womb alone after a failed abortion, that would make for bad press for the abortion industry and could lead to more restrictions on abortion down the road. In addition, it is sometimes difficult for abortion supporters to accept that abortion kills viable human beings.

← Prev: ‘Medicare for All’ would mean federal taxpayer-funded abortion on demand Next: Israel’s new genetic testing has potential to increase abortions significantly →