Planned Parenthood is a $1.9 Billion Abortion Business, It Doesn’t Need One Dime of Taxpayer Money 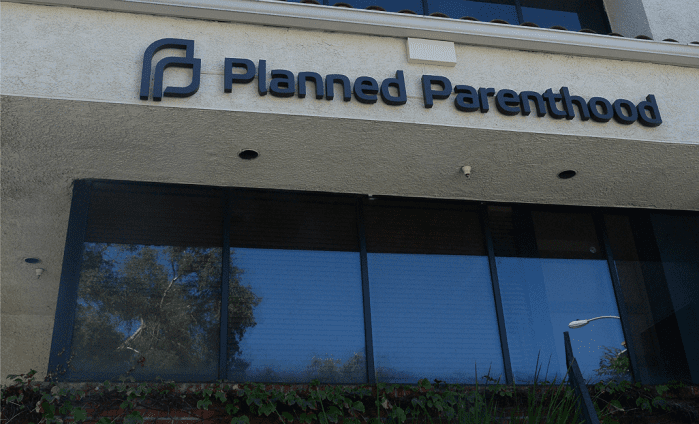 After less than a year at the helm of Planned Parenthood Federation of America, President Leana Wen has been abruptly ousted by the organization’s board of directors.

She was the first doctor in over half a century to head the organization. Wen’s departure highlights mounting disagreements within the pro-abortion movement about how to frame the abortion debate that has raged for decades in America.

In a tweet, Wen stated that the board ended her employment due to “philosophical differences over the direction and future of Planned Parenthood.” She elaborated further in a message to her former colleagues.

She had joined Planned Parenthood “to run a national health care organization and to advocate for the broad range of public health policies that affect our patients’ health,” including abortion. However, she wrote, for the board, “the priority of Planned Parenthood moving forward is to double down on abortion rights advocacy.”

Other media reports indicate that Wen’s management style and “refusal to use ‘trans-inclusive’ language” also contributed to growing tension surrounding her leadership.

To be clear, Wen is no “moderate” when it comes to abortion. There is precisely nothing moderate about her support for abortion for any reason at any time during pregnancy (a view shared by only a small minority of Americans).

But Wen maintains that “the best way to protect abortion care is to be clear that it is not a political issue but a health care one.” Many pro-abortion activists (and, evidently, the Planned Parenthood board) disagree. They believe that the focus should be political.

On Twitter, Princeton University’s McCormick professor of jurisprudence, Robert P. George (a board member of my employer, The Heritage Foundation), explained the diverging schools of thought, writing:

Should abortion be sold as “health care”—making it fundamentally a “medical issue”? (That seems to have been Wen’s strategy.) Or should it be sold as personal autonomy/lifestyle choice, etc.? (Wen apparently thought that made it a “political issue.”)

He added, “Wen apparently wanted to revive the approach of Justice Harry Blackmun (the hapless author of Roe v. Wade) … Blackmun had framed abortion as a matter between a woman and her doctor.”

So what does this all mean for the face of America’s abortion industry going forward?

Planned Parenthood has appointed an acting president, “renowned social justice leader” and “lifelong political organizer” Alexis McGill Johnson, and will begin its search for a new president in early 2020.

Johnson has previously served as a board member of Planned Parenthood, and her history of political organizing compared to Wen’s experience as a practicing doctor affirms that the organization will prioritize advocacy and political activity (such as Planned Parenthood’s support for taxpayer funded abortions, a deeply unpopular proposal among the American people regardless of political affiliation).

The fact that Planned Parenthood receives over half a billion taxpayer dollars annually has long been a point of contention in the United States.

The group doggedly insists that abortion is merely a small portion of the many services it provides (a falsehood widely parroted by the mainstream media despite clear evidence to the contrary).

This week’s upheaval should serve as an unequivocal clarifying moment for policymakers. Planned Parenthood has demonstrated, in no uncertain terms, that abortion procedures and advocacy—not a wide range of health services—is the organization’s core mission.

Planned Parenthood is well within its rights to pursue a certain mission and be guided by a leader who shares that vision. But American taxpayers shouldn’t be forced to underwrite an organization that is singularly focused on, in Wen’s words, “abortion rights advocacy.”

And let’s drop the pretense that Planned Parenthood is strapped for cash. The organization’s most recent annual report reveals that it enjoys:

How committed is Planned Parenthood to abortion? So committed that it is forgoing millions of public funds from the federal Title X family planning program, which serves low-income Americans, because the Trump administration is requiring funding recipients to physically and financially separate Title X and abortion activities.

But, then again, with a $245 million annual profit, apparently the group can afford to turn down millions.

Given Planned Parenthood’s unambiguous priorities, it’s time to pull the plug on all of the organization’s taxpayer funding.

Congress should not be financing an organization that prioritizes abortion advocacy over health care services. Taxpayer dollars should instead be distributed to health centers that offer comprehensive health care without entanglement with abortion on demand.

LifeNews Note: Melanie Israel is a research associate for the DeVos Center for Religion & Civil Society at The Heritage Foundation. Originally published by Fox News.

← Prev: Joe Biden Says Christians Can’t Support Trump, But He Supports Abortions Up to Birth Next: Mother Addicted to Opioids Planned to Abort Her Twin Babies, But a Pregnancy Center Helped Her →