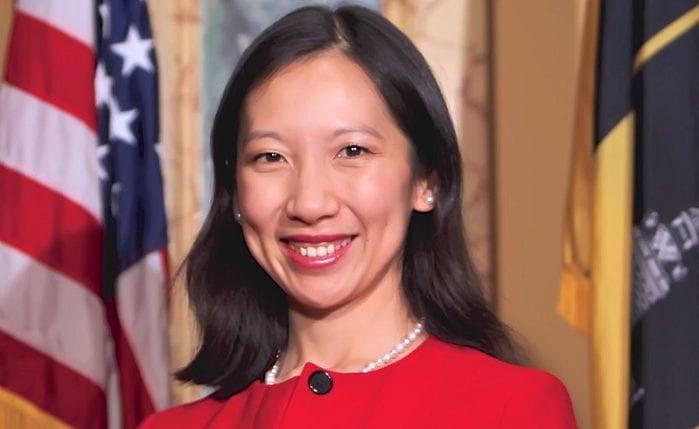 Abortion activists and their friends in the Democratic Party are squirming as President Donald Trump exposes the extremes of their pro-abortion position.

Attempting to do damage control, Planned Parenthood CEO Leana Wen attacked Trump on Tuesday with several vague accusations about “inflammatory lies” and inaccuracies. Wen never got around to actually explaining what she thought Trump was wrong about.

“I’m outraged that the President of the United States incited the public with inflammatory lies,” Wen said. “What @realdonaldtrump said last night is not only medically inaccurate with no basis in science and fact, but it is offensive, coercive, and detrimental to health.”

“The governor stated that he would even allow a newborn baby to come out into the world, and wrap the baby, and make the baby comfortable, and then talk to the mother and talk to the father and then execute the baby. Execute the baby!” Trump said, paraphrasing Northam’s remarks.

No, Northam did not say “execute the baby,” as Trump did, but he left the door wide open for that possibility. Also, as Daily Wire Editor-in-Chief Ben Shapiro wrote, Northam’s comments also endorsed “eugenic murder,” as he suggested third-term abortions were done, in some cases, where the baby had “severe deformities.”

Wen expressed no compassion whatsoever for babies born alive after botched abortions, and did not condemn infanticide. Instead, she chose to attack the president for doing so.

The abortion chain’s CEO said she would welcome a discussion about abortion that centers around “medicine, science and facts.” But she and her abortion organization have been the ones caught numerous times lying and misleading the public.

Wen also would have to admit to embracing a position that allows infanticide. Even now, Democrats who have received millions of dollars from Planned Parenthood are blocking bills to end infanticide. The legislation would require that babies born alive in botched abortions receive basic medical care.

Wen claimed to want a discussion about health care, but killing a human being is not care. It’s the exact opposite. If she actually cared about health care, she would join the millions of Americans in condemning infanticide and urge the lawmakers that her organization supports to pass the Born Alive Abortion Survivors Protection Act.