Pennsylvania Bill Would Ban Killing Babies With Down Syndrome in Abortions 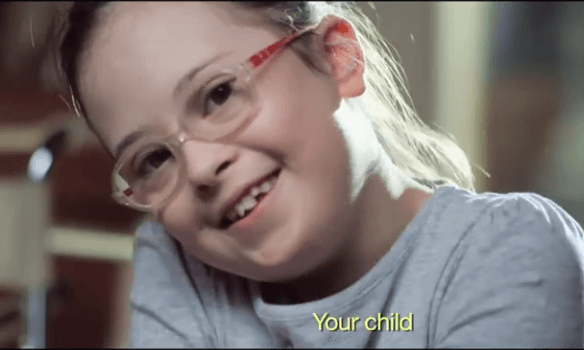 Sometimes, two events converge in a way that dramatizes the sanctity of all innocent human life.

That is certainly the case in October, which has been designated both Respect Life month and Down Syndrome Awareness month.

It is especially significant this year in Pennsylvania, where members of the state Senate are considering House Bill 321, the Down Syndrome Protection Act. This important piece of legislation would ban abortion for the sole reason of a prenatal diagnosis of Down syndrome.

The PA House of Representatives passed the measure last spring by an overwhelming, bipartisan majority. It remains a popular bill, despite relentless lobbying by abortion giant Planned Parenthood to have the legislation scuttled.

Planned Parenthood is so committed to anytime, anywhere abortions that the organization is even willing to risk being labeled prejudiced against people with special needs. In fact, there is no abortion limit which Planned Parenthood will accept.

One of the hallmarks of the Down Syndrome Protection Act is that it gives a face to “choice.” In other words, it becomes harder to argue for unlimited abortion when a person with intellectual disabilities is standing before you, pleading that the lives of babies with similar disabilities be preserved.

For instance, Karen Gaffney spoke at a news conference at the PA Capitol last year. Gaffney has Down syndrome, but that did not stop her from swimming the English Channel or earning an honorary doctorate.

As Gaffney eloquently stated, “Those of us with Down syndrome and our families face a very difficult future. We face a possibility of wiping out all of the tremendous progress we have made. Just as we are making so much progress, a whole industry has grown up focused on prenatal screening—screening that would end our lives before we take our first breath.”

PA House Speaker Mike Turzai (R—Allegheny County) is a prominent supporter of HB 321. Turzai said, “Each and every individual, from the womb until our last breath on earth, has dignity and worth. We provide state and federal funding to help individuals with disabilities because their lives matter. No abortion provider should abort an unborn child because she or he has been diagnosed with Down syndrome. Each and every one of the 6,000 children born with Down syndrome in the United States each year is a beautiful, wonderful person with a meaningful life ahead.”

State Rep. Kate Klunk (R-Hanover) is the primary sponsor of HB 321. Klunk has spoken out strongly against the eugenic agenda of those who would target babies with Down syndrome in the womb.

“House Bill 321 is simple,” Klunk said. “Just like Pennsylvania does not allow an abortion based on the sex of the child, this bill would not allow an abortion because of a Down syndrome diagnosis. The Commonwealth does not allow for discrimination against girls or boys in the womb and we shouldn’t allow eugenics to prevent babies with Down syndrome from being given the chance at life.”

Indeed, aborting babies with Down syndrome can be considered the ultimate form of discrimination.

“Aborting babies based solely on a prenatal diagnosis of Down syndrome is a slippery slope toward larger societal genetic engineering,” Klunk said. “Those with Down syndrome should not be discriminated against because they have an extra chromosome and they should not be denied the chance at life. These are truly lives worth living.”

← Prev: California Governor Gavin Newsom Signs Bill Giving Foster Kids the Right to Secret Abortions Next: Atheist Group Objects to Bible Given to the Former Dallas Police Officer Who Was Convicted of Murder →