Patty Murray Defends Blocking Bill to Stop Infanticide: It’s “Between a Woman and Her Doctor” 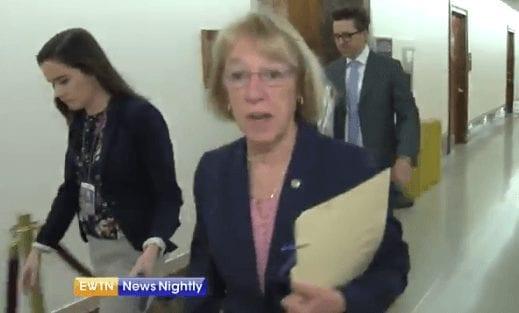 Senator Patty Murray this week objected to a vote on a bill that would stop infanticide and protect babies who are born alive after failed abortions. In a new interview, the senator from Washington State defended her actions.

As LifeNews reported, Murray blocked a vote on a bill from pro-life Republican Senator Ben Sasse of Nebraska that would stop infanticide nationwide. The legislation would prohibit leaving babies to die without medical care if they are born alive after a failed abortion.

As video footage below shows, EWTN reporter Jason Calvetti caught up with Senator Murray and asked her why she blocked the Senate bill to provide medical care for babies who are born alive. She said that is between a woman and her doctor.

Senate Majority Leader Mitch McConnell, before the objection was made, promised Senate Democrats that they would be coming to the Senate floor to vote on infanticide. He pledged not to let them off the hook.