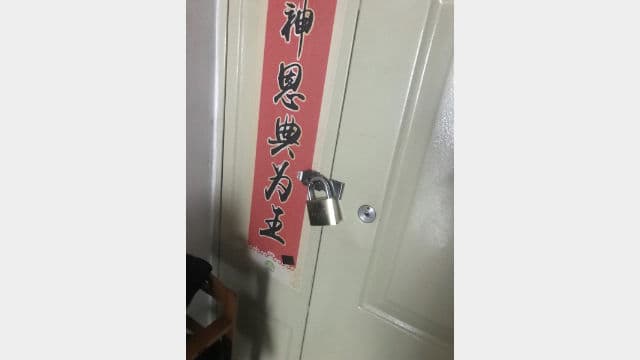 Since his arrest in December, the pastor’s mother has been beaten, the whole family is being monitored, and his lawyer was detained.

Media outlets outside China recently reported on the beating of the 74-year-old mother of Pastor Wang Yi of Chengdu’s Early Rain Covenant Church. A police officer attacked her for refusing to let him see her ATM password (PIN). Why would the officer be concerned with her password? It turns out that he and his colleagues had been monitoring her, and had followed her to the bank when she was withdrawing money.

Pastor Wang and his wife were arrested on December 9, and they remain in custody. According to an informed source, his parents and son have been under close surveillance since the arrest.

Another source revealed that several days before Pastor Wang’s mother was assaulted, her friends came to visit her. The police who were monitoring her only allowed her to go downstairs to meet with her friends for 10 minutes. During the meeting, she was “accompanied” by three plainclothes officers. She reports that on the first day of the Spring Festival, six plainclothes police officers were monitoring her family.

Pastor Wang’s son, Wang Shuya, is 12 years old. Since his parents were arrested, he has had to stay with his grandparents. But because their home is very small (only 30 square meters or about 300 square feet), Shuya’s grandfather moved out. According to a digital reporter who keeps the public informed about the arrested Christians and family members from Early Rain Church through his Twitter account (@Tudou522525), Pastor Wang’s mother submitted an application to the government to move into her son’s home. The petition was rejected.

On January 30, Yuan Li, a mainland Chinese movie star, posted on Weibo, “He is not allowed the freedom of movement. Plainclothes police are monitoring his home. Even when going to get a haircut, he is followed by countless plainclothes officers.”

This message describes the living conditions of young Shuya while under surveillance.

According to a post by Mr. Yuan on Weibo, when church members went to visit Shuya, some of them were stopped and threatened by men dressed in black. Some were required to have their ID cards checked, and some were taken away after briefly praying for Shuya.

According to sources, Pastor Wang’s father retained a lawyer for his son. Right after the meeting with the lawyer, however, they were surrounded by police officers who were monitoring them. The police took the lawyer to the local station, detained him for six hours, and confiscated all of his legal documents.


Auxiliary Police Investigate Religion in Rural Areas
As Chinese promote a Mao-era policy that pits people against each other, they’re…

Chinese State Will Photograph You in Your Own Home
An internal document, entitled Detailed Rules for Public Security Bureau’s Impl…