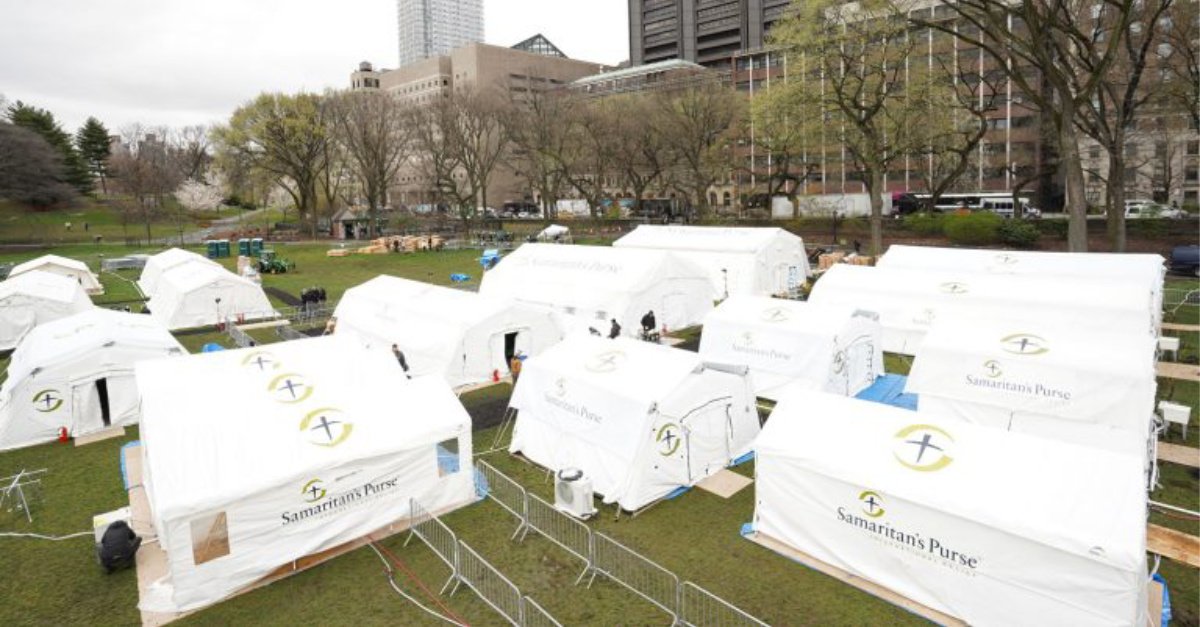 The unsaved world hates God. They are enemies (Romans 8:7) of God and are separated from the God of Abraham, Isaac, and Jacob because of sin (old Adam).

Samaritan’s Purse opened an emergency field hospital in New York City this week to serve COVID-19 patients, but one prominent member of the city council says the Christian ministry isn’t welcome. New York City Council Speaker Corey Johnson released a statement Tuesday criticizing Samaritan’s Purse, which set up a 14-tent, 68-bed respiratory care unit in Central Park. It is working in partnership with the Mount Sinai Health System. Franklin Graham is CEO and president of Samaritan’s Purse. “Franklin Graham has a long history of spewing anti-LGBTQ hate speech and I find it extremely troubling that he and his organization are involved in our relief efforts in any way,” Johnson said in the statement. “New York City is known around the world for our embrace of diversity and Franklin Graham has spent his career standing against these values. I will […]