New Video Pushes Abortion on Kids: Only Women Can Decide if Killing a Baby is OK 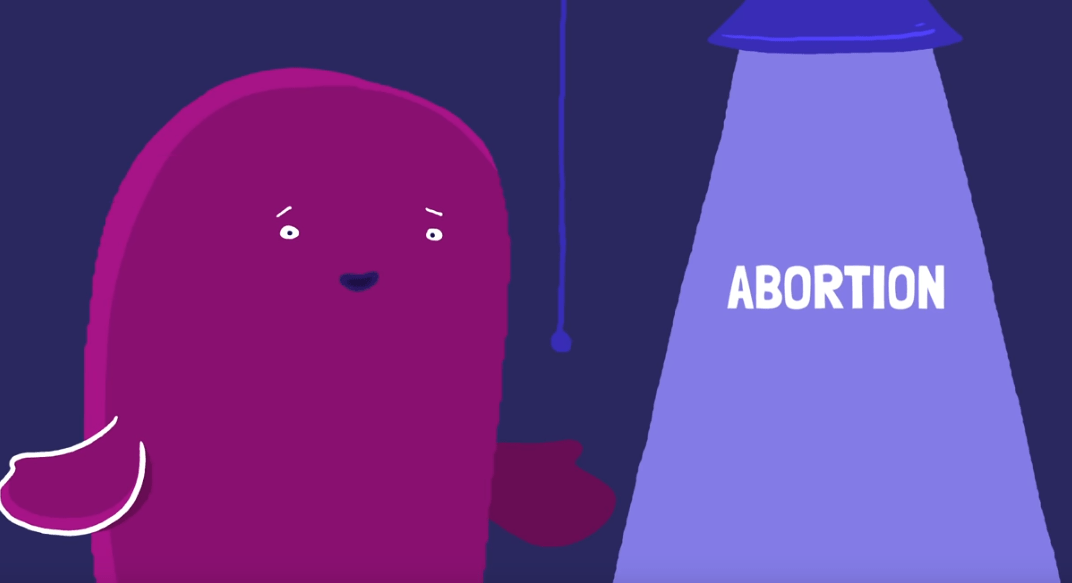 Abortion activists are targeting younger and younger children with their radical pro-abortion agenda.

Amaze, which markets itself as a comprehensive sex education program for parents and children alike, recently released a new YouTube video that supposedly explains abortions to young children.

Ms Magazine reports the group published the animated video at the end of February, complete with “a child-friendly purple character” named Sam and “fun colors and illustrations” to keep children engaged.

“Most importantly, the video emphasizes that the decision to carry a baby to term or get an abortion is just that: a choice,” according to the magazine.

But it does much more than that. It misleads children about the truth, depicting an unborn baby as a little red blob of tissue, rather than a unique, living human being. It also claims pro-life pregnancy centers are actually “fake clinics” that “trick” and “coerce” people into making bad decisions.

In case anyone wonders just how young of an audience it is targeting, the Amaze website highlights an article titled, “The Case for Starting Sex Education in Kindergarten.”

In the video, Sam tells children that sometimes women have abortions because they just don’t want any more children. Others, the character says, fear they might not be able to afford a child or finish school.

Still others may have abortions because there “might be something wrong with the fetus, either it’s not developing properly or it has a serious and incurable disease,” the character says – planting the idea in children’s minds that babies with disabilities are not valuable.

When it explains how a surgical abortion is performed, the video shows a tiny red cartoon blob being “gently suctioned” out of a uterus. It also claims abortions are “very safe.”

“What ever the reason, it is up to the person who is pregnant to decide for them,” Sam tells children.

The video claims to provide “the basic facts” about abortion, but it really is pushing a pro-abortion agenda. Tracie Q. Gilbert, a co-founder of Amaze, made that clear in her interview with the magazine.

“Abortion is a health practice like any other …” Gilbert said. “Just like other age-appropriate medical services a young person might need, high-quality reproductive care is a right, as it makes sure that young people’s needs are fulfilled in ALL the ways they deserve.”

She said she hopes the video will “open up a dialogue” between parents and children and help them “move into a natural place to share personal values.”

However, she made it clear that supporting abortion on demand is the only real “value” parents should impress on their children.

“That said, while sharing values is useful and encouraged, parents should be careful not to share in a way that applies undue pressure or projection onto a young person,” Gilbert said.

She also implied that parents who “genuinely care about their child’s well-being” will never say no if their child wants an abortion; and those who do have “highly restrictive” and “sex-negative” views.

Amaze is closely associated with Advocates for Youth, a pro-abortion organization known for trying to normalize abortions through its 1 in 3 campaign. The International Planned Parenthood Federation and United Nations Population Fund (UNFPA) also are listed as partners.

LifeNews also wrote about the new pro-abortion program in early 2019 when it launched a YouTube channel targeting children as young as 4 with its pro-abortion sex education agenda.

One of the videos released early last year, “So, You Think You’re Pregnant,” also misinforms children about pro-life pregnancy centers. It urges them to avoid the non-profits and go to Planned Parenthood instead if they think they might be pregnant. It also portrays teen parenting in a negative light. While teen parenting certainly is difficult, the video fails to mention any negative consequences of abortion.

The Amaze videos, available to any child with an internet connection, are not just for an American audience either. Advocates for Youth wants to reach impressionable young students world-wide.

“AMAZE is in the process of going international with partners that include Marie Stopes, IPPF/WHR, and DKT,” its website announced in 2019. “Our website and ten core videos are currently being translated into ten of the world’s most spoken languages.”