NeverTrumpers Say Evangelicals Who Voted for Trump are Hypocrites. Not So. 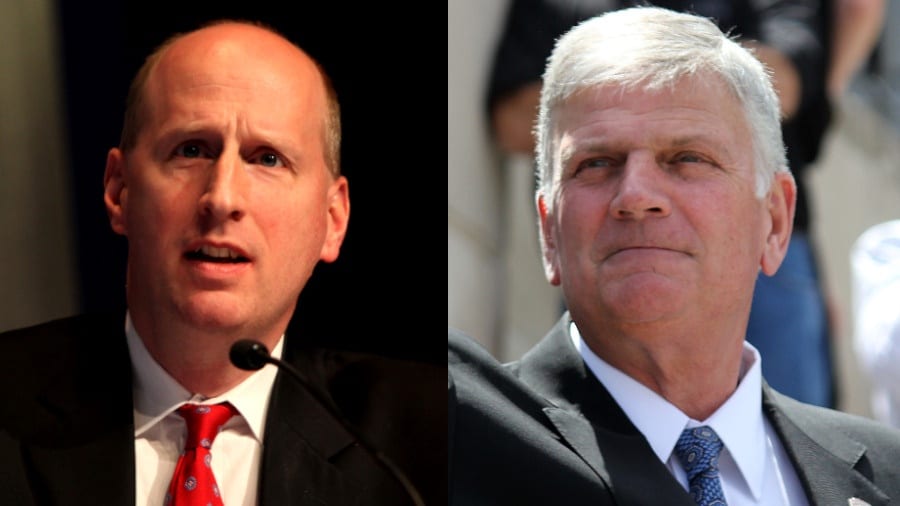 David French, a religious liberty attorney and National Review commentator, is at the center of a kerfuffle in Evangelicalism.

This offers a good opportunity to evaluate French’s incessant and often harsh “NeverTrump” attacks on Evangelical voters for Trump as we head into the 2020 presidential election. French Charges Graham With Hypocrisy and Starts a Spat On April 25, French criticized Franklin Graham (and, by implication, all Evangelical voters for Trump) for “blatant hypocrisy” that “earned” him “his critics’ wrath.” Graham had criticized on Twitter Mayor Pete Buttigieg’s “flaunting,” “praising,” and “politicizing” of “homosexuality.” On May 6 the American Family Association asked Christians to sign a petition expressing support for Franklin Graham in the face of French’s “unconscionable” act of “character assassination.” The petition proper does not even allude to David French. […]

Click here to view the original web page at stream.org

← Prev: Justice Clarence Thomas Has No Plans to Retire, Having Too Much Fun “Causing Stress” to Liberals Next: Chicago experiences most violent weekend of 2019: 52 shot, 10 killed →