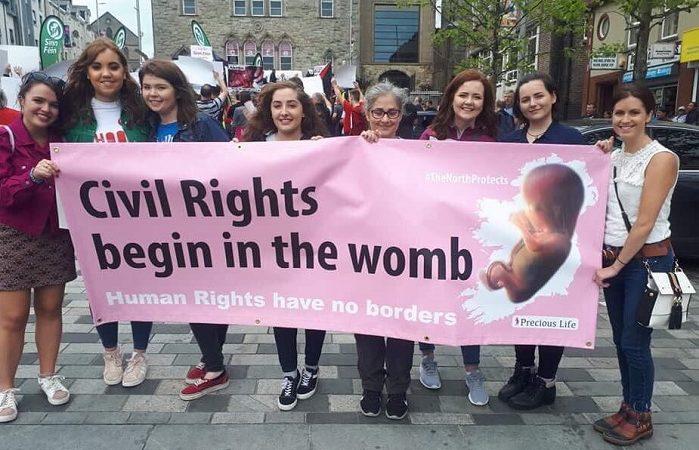 In 2019, Democratic politicians have doubled down on their support for late-term abortions.

In January, New York governor Andrew Cuomo signed legislation that legalized abortion through all nine months of pregnancy. In Virginia, Delegate Kathy Tran sponsored a bill that would strengthen legal protection for late-term abortions. During the hearing over her bill, Tran stated that her legislation would allow a woman to obtain an abortion even while she was going into labor. This piece of legislation received the support of three Democratic legislators on a subcommittee vote and was cosponsored by 19 Democrats in the Virginia House of Delegates.

Last week, two polls showed that these policies are deeply unpopular with the American public, including Americans who generally support abortion rights. A YouGov/Americans United for Life poll found that more 75 percent of respondents oppose third-trimester abortions and abortions performed the day before a child would be born, and more 80 percent opposed removing medical care from a viable child after birth.

Susan B. Anthony List also released a poll, conducted by McLaughlin and Associates, which found that 62 percent of respondents would oppose legislation allowing late-term abortions, and 77 percent support legislation requiring medical treatment for babies that survived a failed abortion.

An analysis of the crosstabs of these polls shows that many demographic groups that often support Democrats also strongly oppose late-term abortion.

The SBA List poll found that majorities of both African Americans and Hispanics, and a plurality of those under the age of 40, all oppose late-term abortion. It also found that women were more likely than men to oppose late-term abortions. The AUL poll, meanwhile, found that 66 percent of those who identify as “pro-choice” oppose third-trimester abortions. There was little variation among demographic groups when it came to medical care for viable infants. According to the AUL poll, more than 80 percent of every racial, age, income, regional, and educational demographic opposed removing medical care from viable infants; the SBA List poll found similar results.

These efforts by Democratic state legislators have provoked a significant backlash, and these two surveys are not a deviation from existing polling data on late-term abortion, which is generally unpopular with Americans. Democratic presidential candidates should be asked to take a position on legislation that expand access to late-term abortion, and state legislators who support these radical bills should face strong primary and general-election challengers.

Democratic politicians likely will not abandon their support for late-term abortion, unless it begins to damage their electoral chances. Pro-lifers should make sure that Democrats who support late-term abortion pay a political price in 2020.

← Prev: What to Do with A Gay Priest Next: Cardinal Dolan Wants to Stop Abortions Up to Birth: We Will Help “Any Pregnant Woman” Who Needs Support →