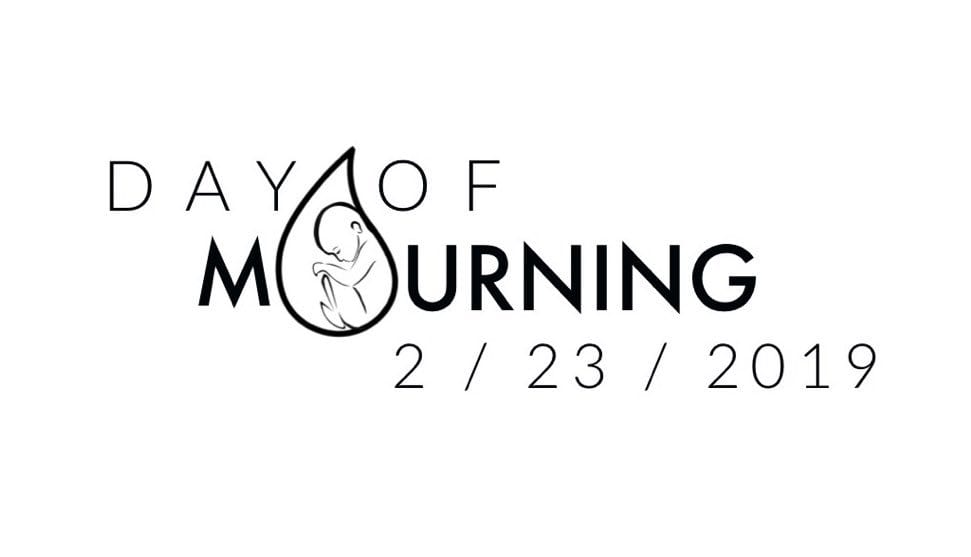 Pro-lifers are encouraged to wear black and refrain from shopping Saturday for a National Day of Mourning for abortion.

A New York pastor came up with the idea for the protest after his state legalized abortions for basically any reason up to birth in January. In just a few short weeks, the event has grown into a national campaign for life.

Organizers are asking Christian business owners to close their stores, and all Christians to wear black, refuse to shop and spend time in prayer and repentance for the national sin of abortion on Saturday. They also plan to hold a rally at 1 p.m. at the Empire State Plaza Convention Center in Albany, New York, near where Gov. Andrew Cuomo and pro-abortion lawmakers passed and celebrated the pro-abortion law. Tickets are required but free.

“We’re holding a huge flagship rally that’s already sold out, in Albany, New York, right in the epicenter of where Governor Cuomo signed and celebrated that outrageous, infanticide law,” said Elizabeth Johnston, the “Activist Mommy” author and a speaker at the event.

On Friday, Johnston said they managed to secure 600 more overflow seats, so people who do not have tickets yet still may attend. She said the extra seats will be given on a first come, first serve basis.

“We’re gonna be right there, in the convention center underneath the state house where they signed that law,” Johnston said, FaithWire reports. “And we are owning this sin. Even as God’s people, if you’ve never committed an abortion, there’s a sense in which we have been completely complicit, completely silent. We have not been the Good Samaritan that we must be, and so we have to own this as God’s people for allowing this bloodshed for 46 years. And we’re gonna get on our faces before God, thousands of people, and repent for the sin of abortion.”

More than 20 other cities are holding similar events for those unable to attend the main protest in Albany.

New York Pastor Jon Speed led by example in January when he closed his book store, The Book Scout, in protest of the new pro-abortion law. His simple protest gained national attention, and the enthusiastic response inspired him to do more.

“Others said we want to do the same sort of thing,” Speed told 1310 KLIX. “We’re calling for Christians to shut their stores down, and not shop on that day, wear black, really approach it as a day of mourning, a day to repent and pray and seek God’s mercy on our nation for this terrible slaughter of innocent babies.”

The New York law allows unborn babies to be aborted for basically any reason up to birth. It repeals protections for pregnant victims of violence, and prohibits the state from enacting even minor, common-sense abortion restrictions. Vermont and several other states are considering similar pro-abortion bills this winter.

For more details about the peaceful pro-life protest, visit DayofMourning.org.