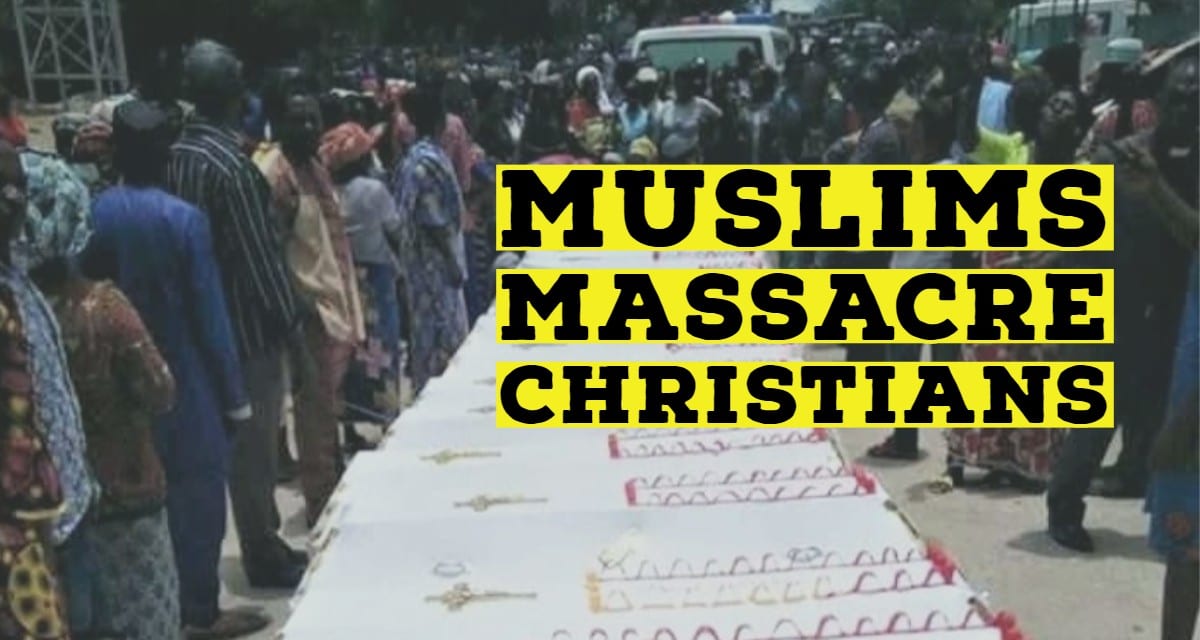 JOS , Nigeria , April 18, 2019 ( Morning Star News ) – Muslim Fulani herdsmen killed 17 Christians who had gathered after a baby dedication at a church in central Nigeria, including the mother of the child, sources said. Safaratu John Kabiru Ali, the mother of the baby, was slain in the attack on Sunday (April 14) in Konshu-Numa village, in Nasarawa state’s Akwanga County, which also took the lives of people ranging in age from 10 to 80. The baby’s father, John Kabiru Ali, was shot and is in critical condition, sources said. He is receiving treatment at the Intensive Care Unit of the Federal Medical Centre, Keffi, in Nasarawa state. The attack took place at about 7 p.m. as Christians in the predominantly Christian community gathered to eat after the child was dedicated that morning at […]

← Prev: Church Apologizes after Pastor Allows Youth Group to Spit on, Slap and Cut Him during Easter 'Lesson' Next: Pro-Abortion Presidential Candidate Democrat Kirsten Gillibrand: “We All Miss” Al Franken Even Though He Groped Women →