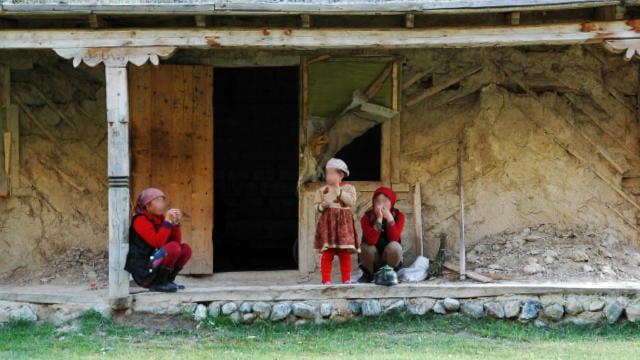 Muslims from Xinjiang who work in other provinces find themselves harassed and separated from their families, leaving wives and children struggling to survive.

The Chinese Communist Party (CCP) authorities are doing their utmost to suppress the faith of Muslims. More than a million Muslims from Xinjiang have been detained in transformation through education camps under the pretext of “countering terrorism and maintaining stability.” Muslims working in other regions have also been harassed and victimized.

A Muslim woman named Mansha (a pseudonym) told Bitter Winter about her family’s experience. She and her husband ran a business in Jiaozuo city, in central China’s Henan Province.

In the winter of 2016, Mansha’s husband transferred some money to his elder brother in Xinjiang. He never expected that this assistance to his kin would bring trouble to his family. As it turned out, the brother had been designated as a “terrorist,” and Mansha’s husband was being monitored by Jiaozuo municipal police when the remittance was sent. In the view of the police, the money transfer made him a terrorist suspect, and he was arrested in March 2018.

The harassment didn’t end there for this Muslim family.

According to Mansha, about three months after her husband’s arrest, the local police came to her store and smashed everything, later removing all the broken things, including several freezers and a display cabinet with food in it. The loss of this expensive equipment and merchandise imposed heavy losses on her business.

“These police officers are so ruthless. They arrested her husband and left her all alone with her child. It’s such a pity. They don’t even let her do business. They’re no different from bandits and robbers,” said one neighbor.

Looking at her destroyed shop, Mansha cried in anguish. With her eight-year-old son and her ruined business, she didn’t know how she would face life alone.

Mansha also revealed that more than ten Muslim men in their family had been arrested. One of her husband’s uncles was designated a “terrorist” as well and beaten to death in prison. “I’m petrified,” she said in tears. “I don’t know whether my husband will be able to return safely.” She says that her son cries every time he sees his father’s photograph.

Masha’s experience was not an isolated incident. Zhang Yueji (a pseudonym), another Muslim in Jiaozuo city, suffered a similar fate. Ms. Zhang’s husband is an imam. In November 2017, her husband was arrested at a mosque for “discussing the Quran online.” He was later taken to Urumqi city, in Xinjiang, to be detained.

Worried about her husband’s safety, Ms. Zhang asked her elder brother to go to Urumqi three times to find out where her husband was held, but the police wouldn’t let the brother see him. After multiple requests, Zhang’s brother was finally informed that the husband was being held at a detention center in Urumqi. He will not be allowed to return home until he has done well in his “studies” and renounced his faith.

After Ms. Zhang’s husband was arrested, her family lost its source of income. Her family was in debt, and their three children needed to attend school, and now she has to shoulder the heavy burden of life alone. She worked every job she could find, but non-stop work, coupled with her concern and worry about her husband, made her stressed and anxious. She was unable to eat or sleep and became reliant on sleeping pills. The stress has a toll on her children: Every night, her 10-year-old daughter would cling to her father’s clothes to fall asleep, saying that the clothes smelled like her dad.

In late August 2018, with the help of friends and relatives, Ms. Zhang finally saw her husband at the detention center after ten months of being apart. The director of the center, however, warned her not to make any careless remarks or her husband’s punishment would be increased. As a result, she and her husband spent just two minutes talking on the phone before saying good-bye.

Merely because of their faith, believers are losing their freedoms – and their…

Churches and Temples Demolished For Made-Up Illegalities
Chinese government officials like to come up with a vast swath of reasons, prett…

In China, where freedom is not free, decorating one’s own home or having a “se…

“If you believe in God, you can’t receive a subsistence allowance; if you rece…