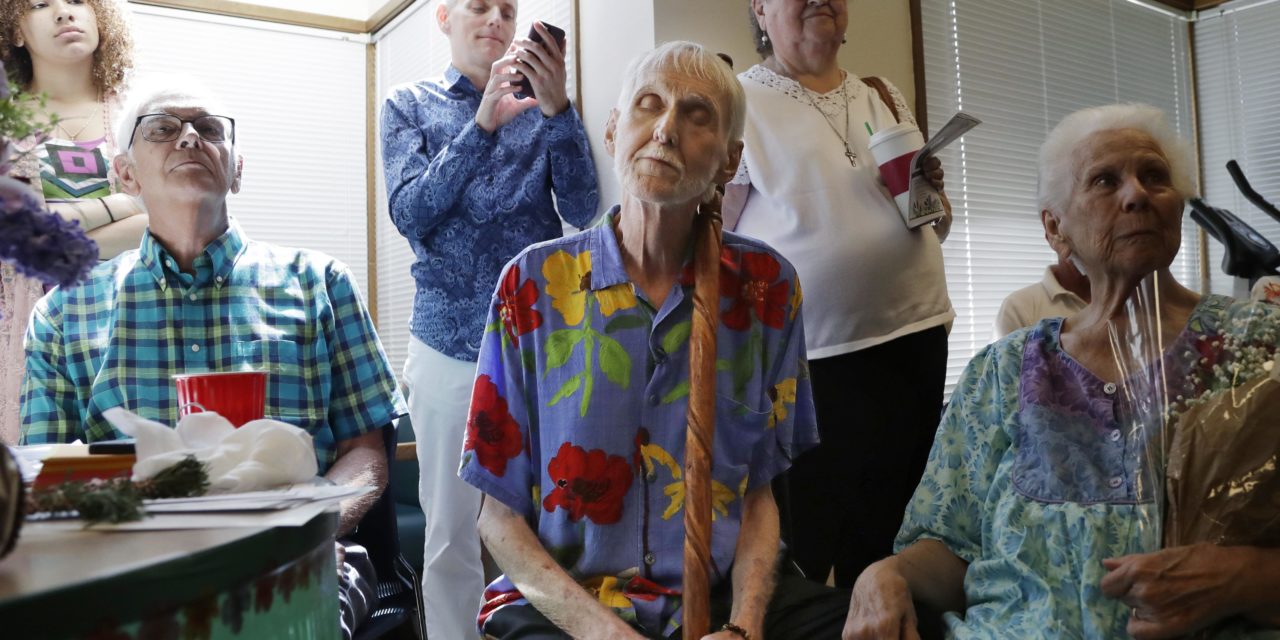 The following story may seem like a plot from a bad horror film, but it is simply another assisted suicide propaganda story.

The AP story, concerns Robert Fuller (75) who planned his suicide party and this story gives Fuller his 15 minutes of fame.

The story goes something like this, Fuller, who is a nominal Catholic, marries his male partner, Reese Baxter, in the morning. He then moves down to the common room, in his seniors building, to greet friends, well wishers and later that afternoon he injects a fatal drug cocktail into his feeding tube and dies.

* Order the Fatal Flaws film from the Euthanasia Prevention Coalition and see the other side of the story (Link).

It appears that Fuller may have had a life-long problem with suicidal ideation.

When Fuller was 8 his Aunt died by a suicide drowning in the Merrimack river. Johnson states that seeing her body began Fuller’s long relationship with death. According to Johnson, Fuller stated:

“If life gets painful, you go to the Merrimack River.”

Johnson describes how Fuller survived a suicide attempt in 1975. His marriage ended after telling his wife that he was gay and he was drinking too much.

Johnson writes that as a nurse in the 1980’s, Fuller cared for people with HIV. Fuller admits to intentionally killing a patient, with a drug overdose, to “end his battle” with AIDS.

Johnson also writes that Fuller intentionally lived a risky sexual life-style in the 80’s, a lifestyle that verged on suicidal. Johnson quotes Fuller as saying:

“I think I wanted to get AIDS,”

“All my friends were dying.”

When Fuller was sought assisted suicide, were his suicidal tendencies examined? It is difficult to differentiate between a “rational” wish to die and suicidal ideation.

To offer the other side of the issue, Johnson publishes a few quotes from bioethicist Wesley Smith, who opposes assisted suicide. Smith states:

to allow people to hasten their deaths represents an abandonment, a signal to the terminally ill that their lives are not worth living, he said.

“We should be very concerned that we are normalizing suicide in our society, especially at the very time during which, practically out of the other side of our mouth, we are saying suicide is an epidemic,” Smith said.

I think that Smith, hit the nail on the head, but the article contradicts Smith’s comments, and continues with its suicide contagion narrative to explain that Fuller rejected treatment and “chose death” but not until he lived out a few “bucket list” experiences.

The article undermines the Catholic Church. Fuller attended a Catholic parish where the priest and many parishioners appear accepting of death by assisted suicide. The parish priest even had a group of children bless Fuller at his final mass before his death. (Link to the Archdiocese of Seattle statement)

Finally the article describes the “death midwife” participation and how his death was without complications. Data shows that many people who die by assisted suicide do not experience a death without pain, suffering and complications.

Why am I writing about the AP propaganda article?

I guess I am giving this propaganda article attention. Yes, this is a pro-assisted suicide article designed to undermine opposition to doctor prescribed suicide.

Johnson seems to have little concern about how glorifying suicide leads to a suicide contagion effect.

The article admits that suicide was a integral part of Fuller’s life experience. What effect do these articles have on other wounded individuals who are scarred by their suicide experiences or suicide attempts. Society must not trivialize suicide as it deeply effects a person’s inner most being.

Its time for the media to provide real journalism with real life, juxtaposing stories, complicated reality, and not propaganda.

LifeNews.com Note: Alex Schadenberg is the executive director of the Euthanasia Prevention Coalition and you can read his blog here. File photo. 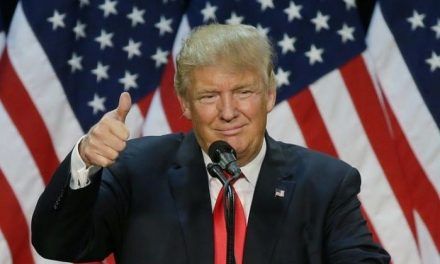 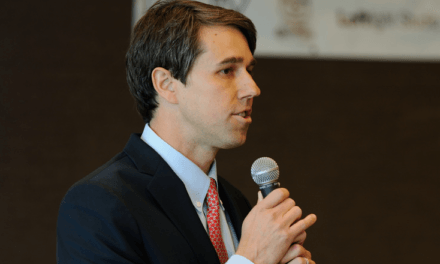 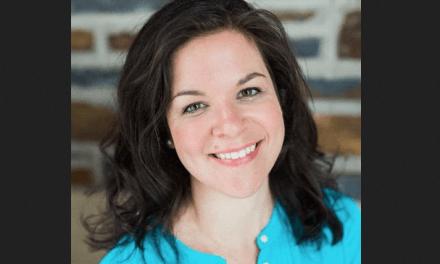 Baptist Minister: Killing Babies in Abortion Should be a “Religious Right”