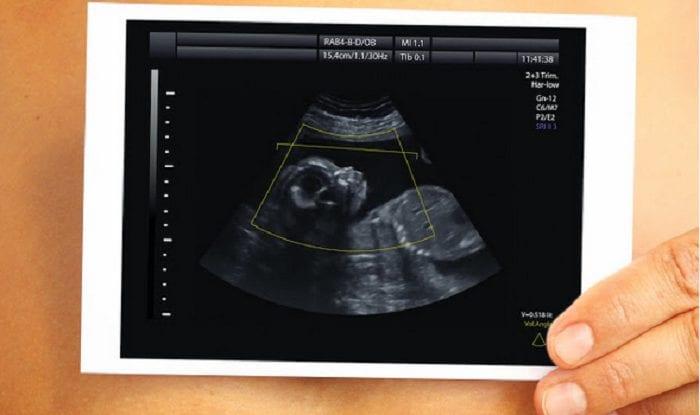 New Yorkers will be given the chance to see the value of life in the womb this May when Focus on the Family hosts a live, 4D ultrasound display in Times Square.

The event, scheduled for May 4, is the pro-life organization’s response to the pro-abortion legislation that passed in New York and is being considered in other states across the country.

Jim Daly, president of Focus on the Family, told CBN News this week that he hopes the powerful image will help people realize the radical political “overreach” of New York’s new pro-abortion law.

“I think what’s happened in New York and Virginia has prompted a response,” Daly said. “These politicians that have overreached, in our opinion, when it comes to reshaping the abortion debate.”

New York Gov. Andrew Cuomo signed the law in January, allowing unborn babies to be aborted for basically any reason up to birth and recognizing abortion as a “fundamental human right.”

Focus on the Family hopes their positive, life-affirming ultrasound display will help people realize that every baby deserves to be protected under the law, Daly said.

“There is no way a person is going to be able to say, ‘That is not a child.’ It is a child and we want everybody to see it,” he said. “We’re not shy about going there and saying to Governor Cuomo and others, ‘Let’s look. This isn’t adversarial. Let’s just take a position. Let’s see what an ultrasound looks like.’ …

“And so to be able to do that on the jumbo screen and say, ‘Here’s a picture of a third-trimester pregnancy. Look at the definition. These children are viable outside the womb. These children are already fully human,’ and to do it in such a way that we can all peer into the womb and see what that child looks like, developmentally and every other way – what an awesome sight to see and these politicians will have to defend their position,” he said.

The May event will feature a live, 4D ultrasound scan of a third-trimester unborn baby, Daly said. It also will include speakers and music. He told CBN that they chose Times Square because it is the “epicenter of everything.”

Daly also mourned that history is repeating itself with the return to infanticide. He urged Christians and others to speak out against the barbarity of killing children.

“I would just say to Christians in particular – this is not new,” he said. “There’s nothing new under the sun. This is ancient Rome once again, and Christians were known for saving babies who were thrown out in the garbage heaps to die. That was their (Rome’s) form of infanticide around the time of Jesus.”

“… it was the Christians that stood up and said ‘No. Everyone human is made in God’s image and we can’t destroy innocent human beings,’” Daly said.

Even now, lawmakers in Vermont, New Mexico, Massachusetts and Rhode Island are considering similar bills to legalize abortion for basically any reason up to birth. And pro-abortion Democrats in U.S. Congress repeatedly have blocked bills to protect infants born alive after botched abortions from infanticide. Pro-life lawmakers did block another radical pro-abortion bill in Virginia after its sponsor admitted unborn babies could be aborted at nine months even while the mother was in labor.

The truth is powerful, and abortion activists cannot argue with a real-life image of a baby in his or her mother’s womb. Ultrasounds can make a huge impact because they demonstrate that the woman is carrying more than just a “potential person” or a “blob of tissue.” She is carrying a living, unique human being who can smile, turn somersaults, yawn, suck their thumb and much more – a precious, valuable child.

← Prev: Bookstore Owner Who Closed to Protest NY Abortion Law Wants His City to be a “Sanctuary for the Unborn Next: Tennessee Bill Would Ban Abortions Once Roe v. Wade is Overturned →