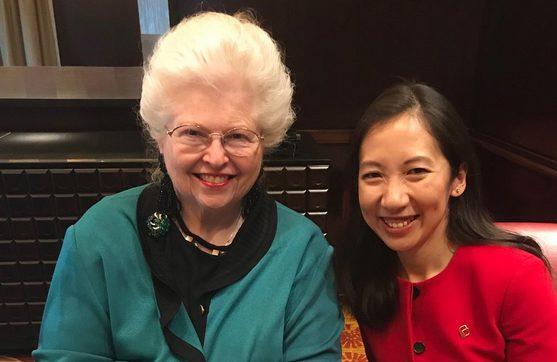 In a tweet Friday, Wen posted a photo of her with Sarah Weddington, the lawyer who argued for legalized abortion on demand in the U.S. Supreme Court case Roe v. Wade.

“In 1973, at 26 years old, Sarah Weddington represented her client, ‘Jane Roe,’ in front of an all-male Supreme Court. She won. What an honor to meet this fierce defender for women’s health and rights!” Wen wrote.

In 1973, at 26 years old, Sarah Weddington represented her client, “Jane Roe”, in front of an all-male Supreme Court. She won.

What an honor to meet this fierce defender for women’s health and rights! pic.twitter.com/8hiD77VQN0

Weddington represented Norma McCorvey, who was the Jane Roe in the infamous abortion case.

Despite the constant discussion revolving around Roe v. Wade, few people seem to know the story behind the case. Norma McCorvey, the woman who “inspired” this landmark case, never even had an abortion.

McCorvey, who had been pregnant at the time, was a young mother of three who simply wanted a divorce from her husband. Instead, she was approached by Weddington to take her case to court. McCorvey said Weddington manipulated her story to make a case to legalize the killing of unborn children.

McCorvey later went on to become a fierce pro-life advocate against abortion. She also mentioned on numerous occasions that Weddington and a multitude of other pro-abortion activists treated her like “white trash.”

After arguing for abortion, Weddington eventually became an advisor to President Jimmy Carter and pushed for research on breast cancer, a disease from which she is a survivor. Ironically, dozens of studies have linked induced abortions to an increasing risk of breast cancer and one leading researcher says more than 300,000 women have died from breast cancer as a result of having abortions.

Wen may paint Weddington as a revolutionary hero for women, but Weddington’s legacy has been built on manipulation and the exploitation of women and unborn babies from the very start.