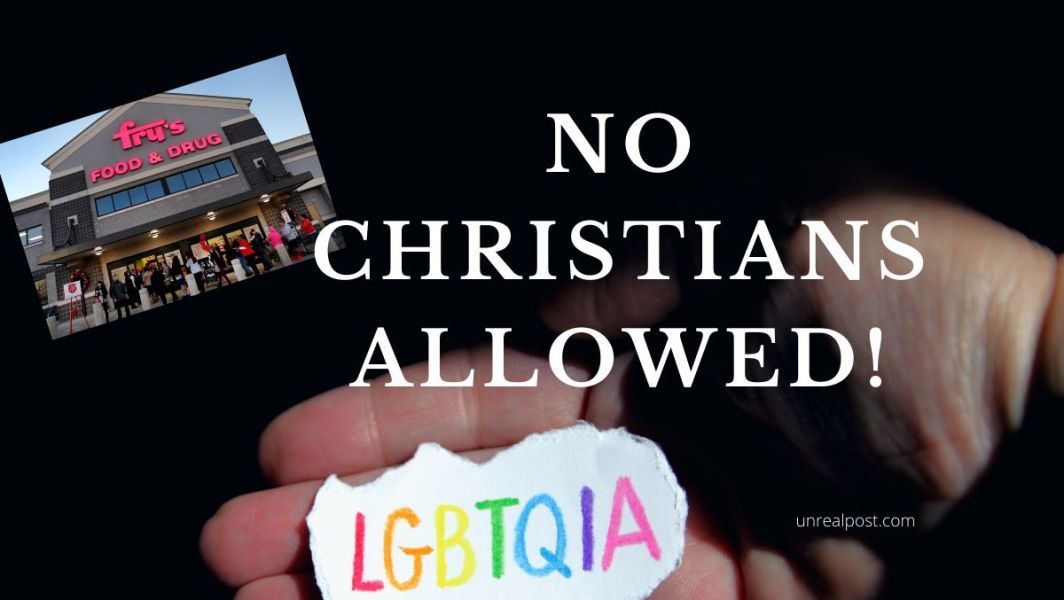 Kroger (Fry’s Grocery in Arizona) knows what the law is! Don’t think for a second that this isn’t a deliberate attack on Christianity.

Christians must always keep uppermost in their minds that the unsaved world hates them because they first hate God the Son, Jesus Christ.

“If the world hates you, you know that it hated Me before it hated you.

Whether or not this was confined to that specific store in Florida makes no difference. Executive-level decisions were made to discriminate and persecute two Christian women that refused to wear “buttons” in support of LGBTQ by firing them.

Christian persecution is at unprecedented levels worldwide but we are seeing Christianity in America singled out and almost surrounded in every quarter in America. Have no fear… Persecution is promised to those of us who believe the gospel.

So as you read Philippians 1:28-29, know that those who persecute you will be destroyed and believers will live forever with the Lord in glory.

An Arkansas Kroger store violated federal anti-discrimination law when it reportedly fired two employees who refused to wear LGBT-themed aprons due to their religious beliefs, according to a lawsuit filed Monday by the U.S. Equal Employment Opportunity Commission (EEOC). According to the Miami Herald, a dress code by […]